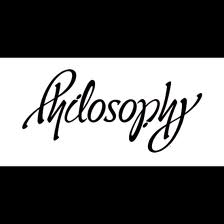 While I don’t feel any older than I did at 30, I hope to continue to learn from my multitude of mistakes, and be wiser because of them. In the spirit of my 40 years on this planet, I’m going to share 40 things that I have learned, in no particular order.

Thought #1: Do unto others, as you wish they do unto you. I know, not very original. But it holds the most truth.

Thought #2: Don’t expect others to hold themselves to the same standards you do. It will only lead to disappointment. You have your standards and they have their own. Accept it.

Thought #3: Always take responsibility and apologize for your mistakes; Especially if you’re married. I apologize a lot.

Thought #4: Anger & hate are wasted emotions. Let it go… Unless you’re a Sith Lord

Thought #5: Slow down. This is one that I have to listen to myself. Slow down and appreciate the now. I was reminded of this when walking our 10 week-old puppy a couple of years ago, and how everything was so new to him. The smells, the sights, the sounds… Remember to slow down and take it in. It really is amazing.

Thought #6: Walk the talk. Do as you say. And if you say you will do something, then do it. Few things are worse, in my opinion, to commit to something then drop the ball. When others depend on your word, then you better be there.

Thought #7: Give. Money is nice, but giving your time to an important cause is invaluable. So many people have what you don’t – their health, clothes, someone to talk to, a roof over their head, books to read… There are so many opportunities to give, and it doesn’t have to cost money.

Thought #9: The glass is always half full. Perspective is a unique, well, perspective. Life’s challenges are also great learning experiences. Don’t let ’em knock you down.

Thought #10: It’s OK to fail. Fear of failure is probably the greatest hurdle of all. If I’d had nothing but success, I’d have learned nothing.

Thought #11: It’s OK to say, “no”. It’s better than saying, “yes”, and letting someone down. Or killing yourself trying to fulfill a promise.

Thought #13: Say, “thank you” often. You should always be grateful.

Thought #14: Say, “hello” when you pass a stranger on the street. They may need it, and it feels good.

Thought #15: Vote. Be informed. Be a good citizen. Few nations share the freedoms we have, and voting is the biggest of them all – it’s where all of the other freedoms begin.

Thought #16: Don’t be a victim. Don’t point your finger. Take control of a bad situation by taking control.

Thought #17: Religion is good! There, I said it. Imposing your beliefs on others is bad. I’m a Christian, and am very much at peace with my relationship with God. I’m also proud to have friends who I love that are Jewish, Muslim, Hindu, and Atheist. Which leads to….

Thought #18: Tolerance is very good! Differences should be embraced, whether it’s skin color, culture, religion or sexual orientation. And it’s so much easier to go through life loving others because of who they are.

Thought #19: Listen and ask questions when you talk with someone. You’ll have plenty of opportunities to tell whomever you’re speaking to whatever it is you want to say. Too many people just talk.

Thought #20: Be inspired. It is way too easy to go through life like you’re running on the little hamster wheel. There are plenty of people to be inspired by. Make someone else’s greatness become your own catalyst.

Thought #21: Regarding kids – let them make mistakes. Let them skin their knees. What will they do went you aren’t there to catch them?

Thought #22: Be your child’s coach, room parent, scout leader, whatever. Read to their classroom. Your son or daughter will be so proud, and will hopefully pay it forward.

Thought #23: I don’t mind getting older, but as I lay in bed this morning, holding my 8 and 11/12ths year old son (and he didn’t mind), I’m not so sure I’m excited about my kids getting older.

Thought #24: Go against your grain. Do something that is difficult. If you’re shy, do karaoke. If you’re the life of the party, try being an observer.

Thought #25: Someone’s always got it worse than you. Remember that at your next pity party.

Thought #26: Always be on the lookout for ways to help your friends and family in their careers. I have had several opportunities to make simple introductions that have resulted in jobs or business connections for others. What a great gift! And hopefully it’ll come back around.

Thought #27: Shop locally. Donate locally. To me, making the biggest difference is in change that you can see. I feel like my efforts are most felt and most appreciated when they’re closest to home.

Thought #28: It is so hard not to pass your baggage onto your kids. Let them become who they want to be by exposing them to as many opportunities as possible. Then let them choose… which is the hard part.

Thought #29: The 1% rule – 1% of the people do 100% of the work when it comes to volunteering. Wow. What if we could double that number? In Culver City, when I attend community service events for different benefits, it’s the same people at all of them. Amazing. Get off your butts people!

Thought #30: Trust is hard to earn, and easily lost.

Thought #31: Appreciate your public servants. In our fine city, they don’t get paid. So, whether you agree with their policies and opinions or not, they are likely sacrificing hundreds of hours per year to make a difference. That should be applauded.

Thought #32: Teach your kids to reach out to other kids who are on the fringe. So many are hurting, and a kind word will make the world of difference.

Thought #33: Extremely philosophical: Most people I know, including myself, feel strongly against slave labor, intolerance, pollution, and believe that we should keep production and jobs in the U.S., yet we all purchase cheap products from countries that function in methods that run directly counter to our beliefs. How much are you willing to sacrifice?

Thought #34: Although it’s hard, never judge the parenting of anothers child. You have no idea what it’s like to parent that particular child… even if you have a child of your own. And please, never offer unsolicited parenting advice. Ever.

Thought #35: Ask for advice. I value the opinions of people I respect, and believe that their advice has been invaluable through the years.

Thought #37: Reliving the social challenges of school through your child is almost as painful as experiencing them yourself.

Thought #38: The grass will always be greener. So stop looking. It’s like chasing your tail.

Thought #39: Family and friends are some of the most valuable commodities in life. Foster and nurture those, and everything else will fall in place.

Thought #40: Being born on December 7 gives me the special opportunity of being forced to remember Pearl Harbor Day each year. Hundreds of thousands of Americans have lost their lives fighting for the freedoms we enjoy today. Please remember them, and salute the flag with reverence. Even if you don’t agree with our nation’s policies today, the flag represents the ideals of what they are meant to be.

Editor’s Note – These ideas were offered by my friend Dan over the last week on his facebook page, and since I love aphorisms the way I love a bag of salt and pepper potato chips, I thought it would be tasty to serve them here. Dan seems fairly sure that he will not be taking up philosophy as a full time sport, but Crossroads is delighted to help celebrate the decade, and cheer for a few things to think about. If I had a billboard, it would be hard to choose between #33 and #34 for major publicity. I hope to publish an update from Dan on his 80th birthday. Feliz Cumpleanos!