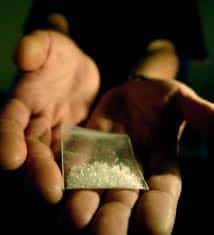 Just because I am writing about news in Culver City does not mean it’s a good thing that so much of it happens in my neighborhood. When I woke up a few weeks ago to find that I had a lake lapping at my front lawn that was surprising, but both the Public Works department and the water company were fast and efficient in taking care of the mess. The drug dealer in my neighborhood is not really news- he’s been here even longer than I have. When I heard a rumor that there had been a bust, and that the dealer was not just in possession of a few pounds of marijuana and a lot of cash but also a meth lab, I was not surprised. Disappointed, disgusted, but not surprised.

When I was awakened on Nov. 23 in the early morning hours by a disturbance down the street, I thought it was just another one of the common, middle of the night disturbances that I’ve lived with for years. When I heard days later that this was a bust and not just some rowdy customers, I was relieved. Maybe the drug problem would finally be resolved.

Just about everyone in my neighborhood has been irritated, annoyed and outraged for years at this drug dealer, but the frequent phone calls to the Culver City Police Department have been fruitless. We have been told that they are “keeping on eye” on the situation. Allowing a meth lab to stay business for years involves either compliance or corruption, and someone needs to answer for this.

The reason that this is opinion and not news is that I don’t yet have the news. There is no confirmation of the arrests, which supposedly included about a dozen minors. People who said they could be quoted have requested not to be quoted. I have been unable to speak with anyone involved with the raid, and the Culver City Police have no comment. For that matter, I have no empirical evidence that my neighbor is in any way breaking the law. As for anecdotal evidence, I have a pile of it.

That does not rate as journalism. But it is worthy of a thought.

Perhaps I am also guilty of complaisance, as I have been living with this situation for years. Since I am not in law enforcement, and I think some of our laws are pretty darn stupid, I try to work on a platform of “live and let live.” But if you are using meth, you are not living. You barely exist. You have signed yourself over to addiction. Call it tweak, crank, speed or crystal, it’s just a powdered form of toxic evil. You don’t have meth; meth has you. Sadly, I know all about it.

I was irate that Prop. 19 did not pass, and feels that the whole stupid system of drug prohibition needs a complete overhaul. I graduated from high school with the generation that changed the word “party” from a noun to a verb. I lived in Venice Beach for more than 15 years. I am happy to say that I have not seen it all, but I have seen more than enough. There is world of difference between a dead plant in a baggie that facilitates laughter and relaxation, and a bootleg chemical compound that causes violence and insanity. While my drug of choice these days is dry Chardonnay, and the occasional cognac, I am reminded that they were illegal once, too.

While meth was never on my menu of choices, I have friends who lost years of their lives to this addiction. These were smart, ambitious people  who just wanted to squeeze a few more hours out of a day. It is a physically addictive substance, like opiates or caffeine, and if you think you are just going to stop tomorrow, your brain will like to inform you that you can’t. What was only alluded to in the recent AVPA production of the Laramie Project was that the boys who tied Mathew Shepard to a fence and beat him into a coma had been on a meth binge for days. If you went to look up “crimes related to crystal meth” you will come up with a chapter of horrors that Stephen King couldn’t match.

While I can hardly imagine that our community could possibly offer our youth more than the sports, theater, music and art that we have in place, there are still kids in this town who are so lonely, so hurt, so messed up or so hopeless that they choose to use drugs.

While the address under suspicion was dark for a while, I was not at all surprised to find that only a few days later, the car was back in the driveway, and the tv set inside the house was on. Just like the last big bust several years ago, I imagine it won’t be long before they are back in business. If you want to purchase a dead plant in a baggie, I have no objection at all. If you want to purchase powdered toxic evil, you need to get help, and you need to stop. Not tomorrow, yesterday.

Our community is also entitled to know what’s going on. In a city this size with two newspapers and three websites, we should be able to get information that allows us to know that we are safe – or that we are not. We need news to be able to know that our children are safe- or not. When all official information is “no comment” then it requires editorial comment.

What I see as the real tragedy of the drug problem is that we refuse to distinguish between the benign drugs and the lethal ones. As with the lack of information, “admitting you have a problem is the first step.”

If it feels like afterglow or hangover, there’s always one person responsible for how you feel when you wake up in the morning, and that’s you. While the election process in Culver City was a …[READ MORE]