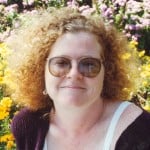 I was at a party recently when my friend Madeline set me on fire with one casual comment; “Parents don’t vote.”

I said, “That’s not true. I’m a parent and I vote.” I named several other politically involved parents that I know to refute her argument. But further research proved that she was right.

Looking at the database of voters who participated in the last election in September, I was amazed at how high the average age was. More people over the age of 60 voted for the school board than people who actually have children in the schools. Dammit, she’s right. Parents don’t vote.

This needs to change. Now.

I was raised in a family of seriously political women. They were union leaders, precinct walkers, the whole pro-labor feminist thing. When my grandmother won the right to vote she vowed that she would never take it for granted, and she didn’t. My mother and my aunt both grew up in the machine politics of Richard Daley’s Chicago, and while neither of them ever missed an election, they also didn’t go much beyond supporting “their” candidate. When I was younger, it really annoyed my mom that I would read all this literature and go to debates and consider who to vote for. “You are a Democrat,” she would proclaim “and you vote the ticket.” Sometimes, but not always.  While I automatically go and vote, I do not vote automatically.

I can almost understand why the parents of young children don’t get to the polls for local elections. When your kids are in diapers, just getting through the day is a huge challenge. But if you are going to spend all that time shopping for the right pair of shoes and taking them to music class, you can spend about 20 minutes teaching them that democracy is vital. If your children are old enough to be in school, then they are old enough to understand structure and government and why these things are important. If they are teenagers, and they think they know how the world should be run, get them to realize how it is run, and how they can work on those important changes.

Take them with you when you vote.
Those of us who still vividly recall the Presidential election of 2000 know that there is no doubt that every vote matters. Vice President Al Gore only lost his home state of Tennessee by less than 5%. If another couple of thousand people had showed up at the polls to support him, Florida would have been irrelevant.

It’s a strange contradiction that it’s easier to get interested in national politics than it is in local politics. We’re not going to see Jeff Cooper on the evening news. There will be no billboards featuring Meghan Sahli-Wells. But the City Council members are the people who make the decisions that affect our lives most directly. They are also the Redevelopment Agency, and the way that we encourage the growth of our city directly impacts the growth of our culture and our children.

Parents must vote. You all have heard, over and over, the children do what they see their parents doing. Don’t be telling them what a great thing it is to read a book, and then turn on the television. It won’t make them readers.

Don’t bother talking about how important nutrition is for good health and then fill a shopping cart with soda and frozen pizza. They’re not going to explore the produce section or the farmers market on their own. (I have only known one child who requests the purchase of broccoli, and she’s mine and I’m keeping her.)

If you want them to live in a country with a democratic government, you need to take them to the polls with you and show them how you vote. It helps if you talk about why you vote the way you do, and what it is about this process that it is vital and so urgent for all of us to participate. Not just every four years, but every time the opportunity comes up.

In our last election, a door-to-door canvass touched almost every house in Culver City, asking people to help pass Measure EE, the parcel tax to help the schools. Slightly more than 5000 people voted. In a city of almost 40,000, that’s just kind of sad. In a city filled with smart, caring parents, that’s tragic.

We get the news reports of the people in who live in countries so oppressive they have to risk violence in order to vote. We see governments so oppressive that just organizing a protest against something can get you a jail sentence.

Here, all you have to do it walk to your polling place- and I’ll bet it’s an easy walk, even with a small child.

I won’t tell you whom you should vote for. But I will tell you that you need to vote, because teaching your children to vote is just as important as teaching them to brush their teeth. No, it’s far more important than brushing your teeth.

To help you decide who gets your vote, Culver City Crossroads will be co-sponsoring a candidate’s debate on March 27 at 2 p.m. at Farragut Elementary School. All four candidates will be there, and you will have the chance to hear them speak about the issues. There will be on-site child care, so bring your kids. Both the local Girl Scouts and Boy Scouts will be participating.

Don’t think that local elections are any less important than national elections. They are even more important, and Culver City needs your participation. More than that, it’s a chance to start your children on lifelong path of democracy. And wouldn’t it be great if the candidates you like win?

Just a Thought – Do Something !

At the school board meeting on Feb. 8, the discussion of capital projects came up late in the evening, after an already emotional agenda. Proponents of the new sports complex, advocates of the needed renovations …[READ MORE]

If it feels like afterglow or hangover, there’s always one person responsible for how you feel when you wake up in the morning, and that’s you. While the election process in Culver City was a …[READ MORE]