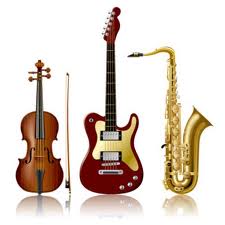 Item J-2 on the agenda at the council meeting last night was about the changes proposed to the Culver City Summer Music Festival, and while the suggested changes did not get  a vote by the council on Monday Oct. 25, they were discussed at great length.

As noted by Councilman Jeff Cooper “Music is subjective. Some people like this, some people like that.” Gary Mandell offered the popular adage “You can’t please everyone.” As the producer of the series who is frequently lauded and pilloried in the same sentence, he is certainly in a position to know.

With 12 speakers and 10 comments sent to City Hall to be read into the record, it seemed as if everyone wanted to add in their own harmony, and the council listened.

It was, for the most part, a close harmony. Both Karlo and Gary Silbiger addressed the council, and they both liked Thursdays, and were not in favor of moving a few shows to Sunday. Four of the five council members (Cooper, Scott Malsin, Meaul O’Leary and Andy Weissman) all agreed that Thursday night concerts were a good thing, and that they should not be changed. Complaints about the proposed Sunday shows focused on the weather. Pierre Joujon-Rouche noted “Summer afternoons will be too hot to sit out in the courtyard.” The issue of the rule-breaking consumption of alcohol at City Hall was tempered by many observations that drunkenness and bad behavior seemed non-existent, and while there were many empty wine bottles in the recycling bins at the end of the night, no one could offer any memories of an incident of broken glass.

Many of those who sent in comments, including Hannah Dershowitz,  requested more new music.

While Susan Deen wrote in to say that (she felt that) the same acts were booked over and over again, Mandell offered specific examples of how often he schedules returns engagements, saying that “Alistair Fraiser was asked to come back seven years after his first show here, because people kept asking me to bring him back.”

The council decided to return the matter to staff, (Cultural Affairs, Susan Obrow) to be heard again at a later date. It seems we will get to keep our Thursday night date, but stay posted. Crossroads will have more on the details as soon as they are available.

The Summer Concert Series at City Hall is one of the most popular events in Culver City, and has been produced by Gary Mandell of Boulevard Music for many years. Mandell will speak before the …[READ MORE]