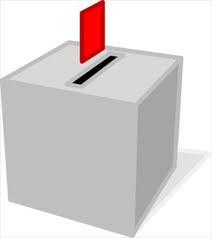 Looking Back at Prop 14: What Will ‘TOP TWO’ Mean to You?

June 8’s voting on ballot measures went as I expected, except in the case of Prop 14. Frankly, I was astounded that a ballot measure could be opposed by both major parties plus many third parties, and still pass. At 54% in favor and 46% opposed it wasn’t a landslide, but now our state constitution mandates a Top-Two primary in 2012.

It’s tempting to say that Prop 14 passed because a lot of voters didn’t understand it, but that could be said of many ballot measures and it doesn’t really make any difference. It was up to us and we’ve made ourselves a new law, unless it’s overturned by the courts or altered by another constitutional amendment.

Voter alienation may account for the passage of Prop 14: anger against the political parties, confusion about the primaries, and weariness over the sheer number of elections with their glut of rhetoric and advertising. In Culver City, we are called upon to vote at least five times in any two-year period, but the current biennium has brought us eight elections.

Being strongly committed to nonpartisanship, I might be expected to be very pleased by the passage of any measure that seems to limit the role of parties and promote agreement between persons of opposing parties. After all, both Arnold Schwarzenegger and Jerry Brown believe that Prop 14 will bring us a more moderate legislature. I’m not so sure.

As a dedicated nonpartisan, I like to see people thinking deeply about the decisions they make at the polls, but my experience has been that when voters are faced with a long list of candidates, they tend to make decisions based on pure name recognition. This can mean that the biggest spender or the entrenched incumbent wins.

We may never know what Prop 14 really means. Litigants are poised to challenge it in the courts as soon as a new ruling comes down on the State of Washington’s current Top Two primary law. Speaking of Washington, I called my friend Sally today to get her insights. She’s a League of Women Voters member and a true election junkie who was on a family visit to Ellensburg WA during August 2008, when Washingtonians got their first chance to vote in a Top Two primary.

I was depressed by Sally’s report on Primary Election activity in Washington. She saw little press coverage, no evidence that voters felt they were involved in a historic change, and no increase in voter turnout. The sample ballot listed candidate names only — no candidate statements, no party designations, and no indication of who the incumbents were. This meant that voters who cared were scurrying for information.

Based on her experiences as a speaker on the ballot measures, Sally is convinced that California voters think Prop 14 will give them a simple open primary with one candidate from each party appearing on the General Election ballot. In other words, they didn’t understand the Top Two concept. Thus I intend to devote at least one more column to explaining what Prop 14 will mean if it’s ever implemented. We need to focus on how Prop 14 correlates with redistricting, and look at a June 2010 election that was run like a Top Two primary.

Sally will be in Ellensburg again next month and has promised to keep me posted on this year’s Top Two Primary there. Meanwhile, I’ve collected over 50 articles on November’s array of ten statewide propositions plus one possible Culver City measure. It looks like a rough ride ahead.

Frances Talbott-White has lived in Culver City since 1975. She holds various positions at state, county, and local levels of the League of Women Voters (LWV) but writes for Culver City Crossroads as an independent citizen. Nothing Frances says in this column should be construed as an official statement of LWV or a reflection of LWV policy.

Prop 17- Car Insurance on Your Ballot When presenting ballot measures to a live audience, I generally try to move through some kind of logical progression, or at least go from proposition to proposition in …[READ MORE]

So, you live in one of the coolest cities in the whole country, you know politics is important and you have just been too crazy busy to sit down and mark up your ballot. All …[READ MORE]