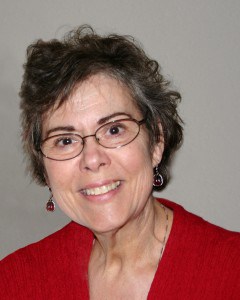 Debbie Berger, longtime resident of Culver City, died Friday, July 16 at the age of 62. She was beloved by family, church, school and community members who knew her and honored her dedication to her family, the children of Culver City and to those in need. She was humbly one of those Americans that give of themselves each day to contribute back to their communities to make our cities a better place. As just one example of her giving – she was an avid quilter who made more than 100 baby quilts for victims of Hurricane Katrina.

Family and friends will gather for memorial services at 11:00 A.M., Friday July 23, 2010, Grace Lutheran Church, 4427 Overland Ave., Culver City where she was a parishioner and member since 1981. She was a leader of the youth groups for the church, the Co-Chair of its 50th Anniversary Celebration, a wedding planner for parishioners and a leader in the Church’s Vacation Bible School. She was also the photographer for many church events. Her dedication and charitable work to the community will long be remembered.

Mrs. Berger was an employee of the Culver City School District for more than 20 years when she retired from the Maintenance, Operations and Transportation Department. She was a former PTA President of Linwood Howe Elementary School in Culver City and served on its Council. She also received an Honorary Service Award for her PTA service. She was beloved by students and co-workers for her dedication to students and the school district.

Mrs. Berger was passionate about Job’s Daughters and was a Majority Member of Bethel No. 8 Santa Monica. She was also an active Council Member of Bethel No.2 Culver City. Her other community activities included her role as Chairman of the Debutantes for the Debutantes Ball which benefited the Didi Hirsch Center. She was also a member of the Mothers of Twins Club and Goose Club.

She is survived by her husband of forty years August Berger, her daughter Nicole Rhoden and son-in-law Robert Rhoden of Culver City, daughter Kristin Berger and her life partner Mandy Shlugleit of Oakland, son Ross Berger and his husband Ryan Davis of Maine, five grandchildren: Cassandra, Connor, Curtis and Cora Rhoden of Culver City, and Leah Lopez of Lakewood, two great-grandchildren: Leanna and Lennon Lopez of Lakewood, her brother Jack Heinlein of Florida, and three sisters: Lisa Stohl of Florida, Sally Kuzmyak of Pennsylvania, and Lois Tomlinson of Maryland.