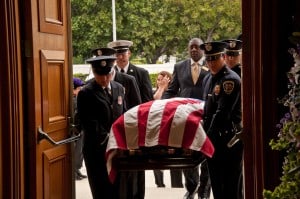 St. Augustine’s Catholic Church was filled, and the many mourners came from every part of Culver City. The City Council members, the long-time friends, the Sunkist Park neighbors,  the customers from the store, all turned out on Tuesday June 8 for Albert Vera’s memorial mass. The words, as expected of a memorial service, were of his generosity, his commitment to community, and the number of people whose lives he touched.

It would have been easy to fill another equally large building with the people who had a long-standing enmity with Vera. Those who were not the recipients of his largesse, but of his hunger for control, his anger, and his manipulation.

For everyone who has a tale to tell of how Albert’s help saved them, there is someone else with a tale to tell of how being on the wrong side of Albert meant failure and frustration. Albert’s power and fame touched thousands of people, maybe tens of thousands. Being famous does not ever mean that everyone likes you or agrees with you. Being famous just means that everyone knows your name, and they all have a different idea of who you are, or who they think you should be. In each individual interaction, another facet shines bright. An old Italian proverb reminds us “the timid are the forgotten.”

This was a great man. Not a saint or a mythical hero, but great like a Medici or a Borgia. A kind of a Caesar who refused to limit his reach, who stayed with his wife while publicly flaunting his lovers, who gave relentlessly to his city, and worked hard to bend that city into the shape he wanted.

As long as the irreplaceable and delicious Sorrento’s is still open, and there are no parking meters on that short block of Sepulveda, Culver City will remember Albert Vera and all that he did.

All photography by Robert Rissman.