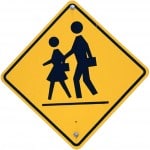 All the chairs were filled, and the crowd spilled out into the hallway at the first regular meeting of the new school board on Jan. 12. Commenting on the number of people present, school board Vice President Scott Zeidman said “It is our goal to hear from all of you who wish to be heard, ” and the meeting was called to order.

The evening began with Dave Mielke of the Culver City Federation of Teachers as the first speaker. “We’ve had very lean times- both the union and the district,” and he offered that the union was exploring “early retirement incentives,” as a means of trying to cope with the financial crisis.

Before the formal adoption of the agenda, School Board Clerk Karlo Silbiger noted that the time on the minutes was incorrect, and that the previous session had closed at 5:30 instead of 6 p.m. as stated in the notice. The correction was made, and the minutes were adopted.

Former School Board member Saundra Davis was honored by Lenore Bloc and Ella Butler of the Culver City Education Foundation. While Davis graciously thanked everyone for the award, she admitted to missing the school board, and wished the new members well.

Coming to the most contentious issue of the evening, Ian Drummond, the Vice Principal of Athletics for the high school took the microphone alongside Darlene Kiyan, the Executive Director of the Culver-Palms YMCA to discuss the matter of conflicting commitments for student involved in both high school sports and the Youth in Government program offered by the YMCA. Kiyan noted that “One of the challenges was a gap of communication in regard to our children participating at the YMCA.”
She described a meeting that had taken place with the vice principal and the coaches, and the decision that sharing rosters, comparing calendars and offering the dates of the required government conferences would make it easier for everyone involved.

Drummond commented that “We don’t want any students penalized for being a member of the (YMCA) government program, but they have to be able to fulfill the commitment that they make to the team.”

After others came to the podium to speak and add in their views on the topic, the two who had brought the matter to the board’s attention, John Cohn and his daughter Maya, were also heard.

John Cohn took the position that the information in regard to sports was not available on the school district’s website. “Parents and students like myself rely on those websites as the public face of this district.” His comments relayed his frustration and discouragement that the issue had been resolved in a fashion he found unsatisfactory.

Maya Cohn offered that she had done her utmost to try and make all of her extracurricular activities work. “I gave up cheerleading. I never thought the coach would demand my resignation for the team if I stayed in the Youth in Government program.”

Dave Sanchez, Tom Salter, Jerry Chabola and Casey Chabola all spoke from the podium, airing their concerns and commitment to students, teamwork and sportsmanship. They all agreed that the decision to cut a player from the team, for whatever reason, was a coach’s decision to make.

When it was time for the board to weigh in, President Steve Gourley was represented by a letter apologizing for his absence, but the other board members were candid in their remarks. Parliamentarian Kathy Paspalis was blunt, stating “It is not our role to manage all of these things.” Silbiger offered a different view, citing an example from his school, where he made “… an allowance for my student to do track and take (an) AP class.”

Zeidman took charge of the discussion. Citing his close relationships with all of the parties in contention, he emphasized, “It is up to the coach to make that decision.”

Zeidman continued, “Teachers make the rules in the classroom, and as a board, we don’t second guess. If we open the door, to individuals coming to the board with complaints about these kinds of situations, there will be no closing it, ever. Each coach should make a policy, so that all can have advance notice of what is expected before participating in any sport.” He concluded by directing that Chabola, Meyer and Cohn could take a quick meeting in the hallway, “and find something that will make you all equally unhappy.”

With a dazzling resume of extracurricular activities high on the list of requirements for college, the problem will reoccur, but this board has made clear that it is up to the coaches, the parents, and the students to stand by their commitments, and they are not there to hear appeals on individual situations.