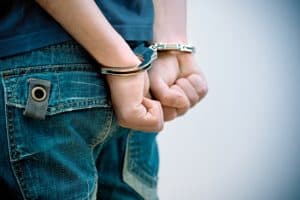 Protecting foster children and reforming the juvenile and criminal justice systems to put greater emphasis on prevention, rehabilitation and maintaining family cohesion are among the nine proposals by Sen. Holly J. Mitchell that await action on Gov. Brown’s desk.

“It has been an honor to fight for measures to improve the quality of life for California children and young adults on behalf of the nearly 1 million constituents of my downtown and west Los Angeles County district,” Mitchell said. “It’s encouraging to know California minors would be safer, have more opportunities to thrive and grow because of fairer, more humane treatment.”

Much of Mitchell’s agenda is the #EquityAndJustice package jointly sponsored with Sen. Ricardo Lara and focused on needed changes to how California’s criminal justice system treats youths and young adults.
Below, in bill-number order, are some of the top bills the Los Angeles Democrat hopes will receive the governor’s support before his Oct. 15 deadline to sign, veto or allow bills to become law without his signature.

· SB 190 – Ending Juvenile Fees
This would eliminate financially burdensome administrative fees for youth involved in the juvenile justice system and their struggling families.

· SB 393 – Sealing of Arrest Records
This bill would seal arrest records and remove barriers to employment for those arrested but not convicted of a crime.

· SB 394 – Juveniles Life Without the Possibility of Parole
This measure would bring California into compliance with Montgomery v. Louisiana decision that juveniles cannot be sentenced to Life Without Parole.

· SB 395 – Miranda Rights for Youth
This proposal would require those under the age of 18 to consult with legal counsel before they waive their constitutional rights in interrogations with police.

Here is a summary of the other bills the Los Angeles Democrat hopes will be signed by Gov. Brown and take effect Jan. 1, 2018:

· SB 213 – Foster Placement
SB 213 would is to reduce unnecessary delays in relative placements for children in foster care and expand placements by repealing and streamlining redundant criminal history restrictions.

· SB 612 – Transitional Housing Placement
With the goal of improving self-reliance and independence, this measure would aide foster youth as they transition into adulthood by providing resources to keep and maintain a support network of their peers and family they need.

One bill that’s part of the #EquityAndJustice package was signed by the governor on July 10. Senate Bill 355 puts an end to innocent defendants being required to reimburse the courts for the cost of appointed counsel by specifying that this requirement may only be imposed in cases where the defendant is ultimately convicted of a crime.