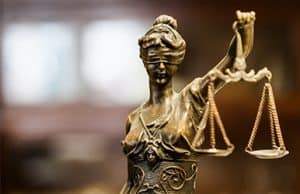 The California Assembly approved Senate Bill 393, the Consumer Arrest Record Equity Act, to seal arrest records and remove barriers to employment and housing for those arrested but not convicted of a crime. The CARE Act is sponsored by San Francisco District Attorney George Gascón.

A recent study found that nearly 40 percent of men and 20 percent of women are arrested before age 23, yet many are never convicted.

“Arrests that do not lead to conviction can haunt people and show up years later in background checks that block them from finding a job or an apartment,” said Senator Ricardo Lara. “Jobs are our number one crime-fighting tool, and SB 393 will clear away barriers to employment for many arrested as young people who were found innocent or never tried. When 40% of young men are arrested before age 23, we need to do something to repair the damage an arrest without conviction can do.”

Senator Mitchell echoed Senator Lara’s concerns about how an arrest can haunt someone for years, if not decades. “When we know better we do better,” Mitchell said. “Now that we have the knowledge of knowing what has been happening to our children, we need to step up.”

“The presumption of innocence is a hallmark of the United States Constitution, yet people who are arrested and never convicted often face barriers to employment and housing,” said District Attorney George Gascón. “That’s unfair and unjust, but the CARE Act ensures that thousands of Californians will no longer wear the scarlet letter that comes with an arrest record.”

“Our clients are routinely denied jobs and licenses based on non-conviction arrests,” said Sarah Crowley, Director of the Clean Slate Practice at the East Bay Community Law Center. “This bill’s expanded sealing remedy will help ensure that people are not penalized for criminal justice contacts that have no bearing on their ability or character.”
The CARE Act establishes a uniform legal process for a person to petition the court to seal arrest records that did not result in a conviction. It also updates criminal records at both local and state levels so that credit reporting agencies and the California Department of Justice do not disseminate sealed arrest information.

SB 393 needs a concurrence vote in the Senate, where it passed in May with a bipartisan 33-6 vote, before it can go to Governor Brown for review.