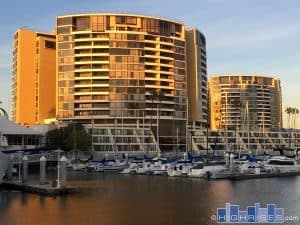 Gayle Brandeis is an acclaimed author and poet whose novels include The Book of Dead Birds, which won Barbara Kingsolver’s Bellwether Prize for Fiction of Social Engagement; Self Storage; Delta Girls; and My Life with the Lincolns, which received a Silver Nautilus Book Award and was chosen as a statewide read in Wisconsin. Other notable works include Fruitflesh: Seeds of Inspiration for Women Who Write and The Selfless Bliss of the Body, a poetry collection recently released by Finishing Line Press. Her poetry, essays and short fiction have received many honors, including a Barbara Mandigo Kelly Peace Poetry Award and a Notable Essay in Best American Essays 2016. Her memoir, The Art of Misdiagnosis: Surviving My Mother’s Suicide, will be published this November. Gayle received her MFA from Antioch University in 2001.

Daryl Bilandzija has spent his career as an educator creating curriculum that, like the real world, is interdisciplinary and dynamic. He was featured in the book American Teacher: Heroes in the Classroom and earned a national innovative teaching award in 2012 for a nature-based learning project he created that fused English, history, theatre, science, and gardening into a fully integrated program at Odyssey Charter School. The program included the conversion of a half-acre of the campus into an edible schoolyard, complete with an outdoor theatre stage where Daryl pioneered and directed the school’s first ever theatre shows. A 2013 graduate of AULA’s MA in Urban Sustainability program, Daryl is currently an English teacher at La Cañada High School.

After a distinguished career in corporate America and as a consultant, Roger Ford returned to graduate school in his 50s. He made his impact at AULA by actively promoting the establishment of Clinical Psychology’s foundation class “Society and the Individual,” a course in inclusion and diversity raising awareness and sensitivity to one’s impact on others and society overall. After graduation Roger excelled as an adjunct faculty member in the Psychology Department. As the Community Coordinator for the Bridge Program, he has established strategic partnerships with the diverse communities of Los Angeles and helped build the program by recruiting from those communities. He works, closely with other Bridge staff to provide support and direction for Bridge alumni. He also collaborates with volunteers to organize community events and support networks for Bridge recruits, alumni, and community partners. Roger is a 1994 graduate of the MA in Psychology program.