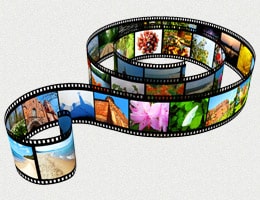 The first of three free movie making workshops for kids will be offered on Saturday, July 8 at 2 pm in the meeting room of the Culver City Julian Dixon Library. Targeting students entering grades 4-9, this workshop will focus on developing story telling skills and screen writing. No prior experience, materials or registration will be required. The subsequent two workshops will be held on July 22 and 29, also at 2 pm and they will deal with more technical aspects of film production. Participants do not need to commit to attend all three workshops.

These workshops are part of the One Book, One City Jr. program, sponsored by the Culver City Friends of the Library. Centered on the book The Wimpy Kid Movie Diary by Jeff Kinney, the culmination of the program will be a film festival, held on Saturday, September 9. Winning films will be screened at that time, and other Wimpy Kid activities will be available. Students are encouraged to make their own short movies to enter in the film festival. Prizes will be awarded by age group. The deadline for film entries is August 26, 2017. Attendance at the workshops is not required for film submissions.

The workshops will be conducted by Culver City High School alum Josh Blake. Josh graduated from Cal State Northridge in 2013 with a screenwriting major. He was a member of the Academy of Visual and Performing Arts (AVPA) during his high school years and he continues to teach classes in screen writing and film production and to supervise the AVPA Young Filmmakers Projects. He has had films of his own accepted in several film festivals.

For more information on the workshops, the summer activities and the film festival, go to ccfol.org