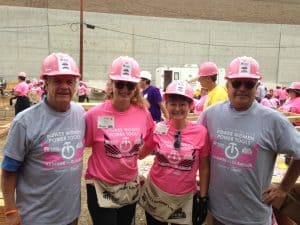 The City of Culver City has partnered with Habitat LA on this project, donating vacant land valued at $3.1 million and waiving all building permit fees. The Globe Project is comprised of 10 new affordable and workforce homes. It will feature six new detached single family homes with three bedrooms and two bathrooms in addition to four new attached homes with three bedrooms and two and a half bathrooms.

This will be Habitat LA’s second housing development on the Westside of Los Angeles and the first affordable ownership housing project built in Culver City. Habitat LA began the selection process for the future Globe Project homeowners in January 2017. Construction is estimated to last 18 months.