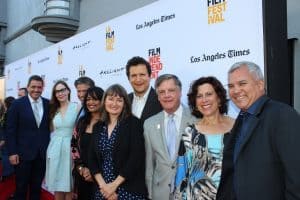 The Festival will run through Thursday, June 22, 2017. For more information about the Festival and the film/event lineup, please visit the Los Angeles Film Festival website.