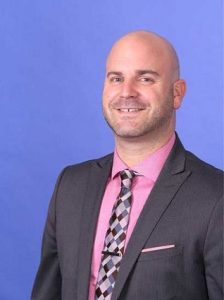 In a statement that went out at 12:07 am, the CCUSD Board of Education announced “the departure of Superintendent Dr. Joshua Arnold, effective today. At the one-year mark, the board has determined that Dr. Arnold and the Board do not share the same vision for the leadership of the District.”

While praising Dr. Arnold’s innovations and contributions, the Board implied that the difference in perspective was too broad to continue the contract. Further investigation reflects that there may have been questions in regard to trust between the superintendent and the board, and that what had seemed to be an ideal partnership a year ago had lost much of its integrity.

In conversation this morning, the school board’s Dr. Steve Levin noted that “All of this came into place at the school board meeting last night [June 13, 2017] during closed session. We were not able to come to a resolution before the public meeting, so we continued the closed session afterwards, and came to our conclusion.”

Issues in regard to moving the district forward were the crux of the problem. “it became a clear difference between the board and Dr. Arnold, not with what we want the district to do, but how we want to achieve those ends.”

From the official release – “During his tenure at CCUSD, Dr. Arnold set in motion several progressive, innovative initiatives. These include plans to install system-wide air conditioning; demolish the non-operational swimming pool; pursue total inclusion of special education students into the mainstream classroom, and establish Makerspace classrooms in each of the elementary schools. We are committed to pursuing these projects in the coming years. During this past year, Dr. Arnold also upgraded CCUSD’s brand and image, including an extensive #CULVERPRIDE social media campaign. We thank Dr. Arnold for these and his many other contributions to the district.”

School Board President Kathy Paspalis said “The board deliberated and took action that was appropriate for the entire district. All the information that came to us was investigated, corroborated and cross-referenced. I feel completely comfortable with the decision that we made.”

The official release from the district noted that “The CCUSD Board of Education will begin a search for a new superintendent immediately. As in past searches, we will request the community’s participation in the search process by asking for your input regarding experience, characteristics and qualifications for CCUSD’s next superintendent. We will keep you apprised of the process and progress. A special meeting will be held as soon as possible later this week to appoint an Interim Superintendent.”

An emergency school board meeting will be held at the district offices on Thursday June, 15, 2017 at 8:30 am.. The public is invited to attend, and community input will be welcomed.