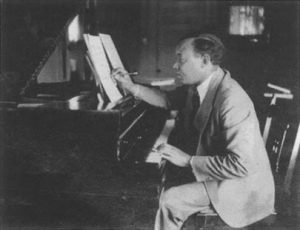 The orchestra has a special relationship with composer William Grant Still: May 11, 1895-Dec. 3, 1978. Still was born in Mississippi, and learned to play the violin, piano, oboe and cello. He studied at the renowned Oberlin School of Music, and received lessons from eminent avant garde composer Edgar Varèse. Varèse respected Still’s talents and gave Still the sage advice to write music in his own voice, and not copy music of Varèse.

Still worked in Jazz and Swing Bands, on Broadway, was hired by George Gershwin to do orchestration work, and was a pioneer to fuse his thorough background in Classical Music with the Blues, Jazz and music native to the Americas.

Both Berres and Still worked in the movie and television industries, with Still scoring a number of television shows such as “Gunsmoke,” and “Perry Mason.”

The orchestra has performed Still’s “Afro-American Symphony” numerous times, and Still composed a work, “Preludes for String Orchestra, Flute and Piano,” dedicated to the orchestra.

Americans, And Music From (The Time Of) Hamilton

This Concert is Dedicated to the Memory of Susan Fetta, Wife of Frank Fetta
Frank Fetta-Music Director and Conductor