The City Councils of the City of Culver City and City of Los Angeles, along with Los Angeles World Airports  have agreed to enter into a Memorandum of Understanding  which will allow for improved and increased coordination and cooperation between the entities on issues related to the current and future development at Los Angeles International Airport. The MOU provides Culver City with $2.71 million for traffic improvement measures to address traffic congestion related to LAX Projects.

Culver City Mayor Jeffrey Cooper said the Agreement is “enabling a cooperative relationship between the City of Culver City, as LAX’s neighbor, LAWA, and the City of Los Angeles. Culver City supports the modernization of LAX, and we hope this MOU will ensure that traffic and other environmental concerns related to the LAX Project, now and in the future, are addressed to protect Culver City residents, businesses, and surrounding communities.” 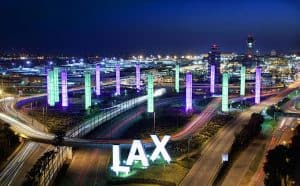 Specifically, the MOU provides Culver City funds to be used toward the construction of an “Intelligent Transportation System” to coordinate with improvements also being made on intersections in Los Angeles, including signal timing, data sharing, emergency response plans, and message signs that provide important information to the public regarding traffic interruptions and other issues. In addition, Los Angeles has committed to including Culver City as a Stakeholder in any ITS traffic advisory group. The Cities believe that this cooperation will not only benefit Culver City, but also constitute a significant step towards improving the Airport Region’s transportation system.

The MOU resolves Culver City’s legal challenge, to the sufficiency of the Environmental Impact Report for LAWA’s Specific Plan Amendment Study, which analyzed the LAX Specific Plan Project, including reconfiguration of runways, new construction and terminal changes. (Alliance for a Regional Solution to Airport Congestions (ARSAC) v. City of Los Angeles et al., filed in 2013, in cooperation with the Cities of Inglewood and Ontario, and the County of San Bernardino). Culver City’s challenge was based, in part, on the LAX Specific Plan Project effects on the Culver City community relating to air quality, aircraft noise, and traffic in Culver City’s streets, which serve as thoroughfares to and from the Airport.