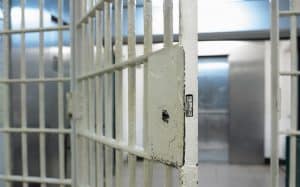 These are just a few of the stories in a report released today by the UC Berkeley School of LawPolicy Advocacy Clinic describing the harmful, unlawful, and costly practice of charging administrative fees to families with youth in California’s juvenile system. State law authorizes counties to charge families these little-known fees to pay for their children’s detention and probation supervision, including electronic monitoring and drug testing. Counties can also bill families for a public defender to represent their child. If families do not pay the fees, counties can refer the debt to the state Franchise Tax Board, which garnishes parents’ wages and intercepts their tax refunds.

The Clinic’s research over the last three years reveals that the administrative fees undermine both the rehabilitative and public safety purposes of the juvenile system. The fees negatively impact families already struggling to maintain economic and social stability. And a recent study
suggests that such fees correlate with increased youth recidivism, even after controlling for case characteristics and demographics.

According to Clinic Supervising Attorney Stephanie Campos-Bui, “Juvenile administrative fees hurt vulnerable families with no benefit to counties or society. They are often charged unlawfully to families who cannot afford to pay them, and they fall hardest on low-income families of color. Counties generate little revenue, most of which they spend trying to collect money from other families instead of supporting youth. It’s a high pain, low gain policy that should be ended.”

Last month, the Sacramento County Board of Supervisors voted to end the assessment and collection of all juvenile fees effective July 1, 2017. Sacramento joins Alameda, Contra Costa, and Santa Clara Counties, which in the last year have repealed juvenile fees and relieved 32,000
families of more than $40 million in debt. Los Angeles County and Butte County suspended juvenile detention fees, and San Francisco County has never charged such fees. However, more than 50 California counties still charge at least one type of juvenile
administrative fee to families with youth in the juvenile system. According to clinic student Tim Kline, “Our research found that these fees are regressive and racially discriminatory, which is why every county that has taken a close look at them in recent years has stopped the practice.” The clinic report recommends that the state end juvenile administrative fees, that counties reimburse families for payments of all unlawfully charged fees, and that the state and counties gather better data on the juvenile system to avoid other policies and practices that undermine the goals of the juvenile system.
Senators Holly Mitchell and Ricardo Lara—with nine of their Senate colleagues—have introduced Senate Bill 190 in the California Legislature, which would end the assessment and collection of juvenile administrative fees statewide.
More than 40 community and legal groups have registered their support for SB 190, which is co-sponsored by the Center on Juvenile and Criminal Justice, the East Bay Community Law Center, the Insight Center for Community Economic Development, the Lawyers Committee for Civil Rights of the San Francisco Bay Area, PolicyLink, Public Counsel, the W. Haywood Burns Institute, the Western Center on Law and Poverty, and the Youth Justice Coalition of Los Angeles. According to Senator Mitchell, “I’m grateful to the clinic for shining a spotlight on these harmful, unlawful, and counterproductive fees. With the passage of SB 190, we will put an end to these fees and a policy that hurts youth and families with little benefit to counties and no benefit to society.”