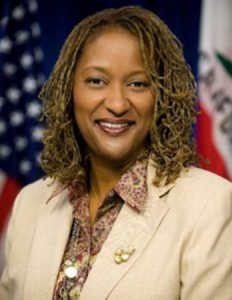 In the language of my community, riots mean one thing, rebellion something else.

Let us agree to call what happened in South Los Angeles 25 years ago a rebellion, which is defined as a reaction against an injustice. As TV news cameras captured the rebellion that greeted a jury’s decision in faraway Simi Valley to exonerate the four LAPD officers who beat Rodney King, one image seared into my brain and will never leave me:

Mothers running out of Fedco with packages of diapers and baby formula.

While some people choose to recall seeing people taking boxes of Nike tennis shoes — and those VCR players that gave rise to the snide jokes about the 100-yard VCR Dash — what I saw that day, and what I cannot get out of my head all these years later, was how people were reaching into neighborhood stores for basic necessities.

To me, that was the language of decades of frustration, unmet community needs, limited personal resources, a lack of jobs and dead-end social opportunities.

We know what we all promised each other in the wake of the fire and rubble, injuries and lost lives. But many of those needs remain unmet, many of those inequalities persist today. So let us not pretend that rebellion, or even riots, are a thing of the past.

In my view, empowered people protest and stepped-on people rebel. That’s why I use the word rebellion. It’s a reaction to living conditions and a state of mind in which hope is squelched.

The gap between the rich and poor, haves and have nots, has never been greater than it is today in America.

During the recession of the late 2000s, hundreds of millions of dollars in cuts to programs hurt thousands of families who needed support the most. As the newly appointed chair of the California Senate Budget Committee, I intend to work to invest in rebuilding California’s safety net and to create opportunities for our children to thrive.

We have a long way to go before residents reach something close to economic, racial and social equality.

Twenty-five years ago there was no Black Lives Matter movement.

Twenty-five years ago, there was no Living Wage Coalition.

And while local elected representation has improved in the 25 years after the King verdict, I’m still only the fourth female African-American since statehood to serve in the Legislature’s 40-seat upper chamber.

The Senate, along with the 80-member Assembly, has no control over major financial institutions to provide loans for small businesses. We have minimal control over how many African-American students are admitted to college. And while I recently helped pass the largest state budget in state history, I cannot stop banks from closing and leaving many of my constituents “unbanked.”

Those are just some of the conditions that lead to rebellion. As the state senator for nearly 1 million Los Angeles-area residents, representing a diverse constituency with many needs continues to be a struggle.

Those needs include greater access to a quality education, affordable housing, local grocery stores and even neighborhood banks. Add improved career options to the top of any list of needs.

Left unaddressed, those needs sow the seeds for the next rebellion. If we don’t act, it will come.