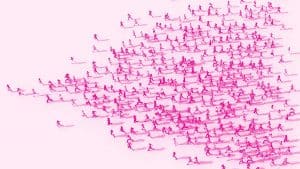 There is something happening that I really thought I would never see – effective activism.

When I was doing the political thing as my 9 to 5, way back in the 20th Century, I tried activism from every possible angle. My assumption was that, since I had to earn a living, it was just as easy to work for a good cause as it was to work for a good company.  I pushed legislation, I organized protests, I knocked on doors and made phone calls. I answered phone calls. I stuffed envelopes. I supported candidates, I lectured groups, I wrote, I spoke, I rallied. I worked for feminist organizations, anti-violence organizations, and environmental organizations.

It was not easy. It was very hard. I went to work full of hope and enthusiasm, and I often ended that day discouraged and exhausted.  Like many other people, I finally just burned out, because all of my efforts did not seem to make any difference. The ‘election’ of George W. Bush seemed as dark and despairing a place as this country could get to – a Supreme Court decision to stop the vote count. A court appointed by his father. Oligarchy writ large.

And that all feels like very small potatoes compared to what is going on in our federal government right now.

But instead of giving up, retreating and spending the time watching television and eating ice cream, lots of people are getting involved. We have movements that are moving things, and I’m seeing success beginning to build.

Last week I was at the first meeting of the Heart of L.A. Democratic Club. It was a room full of people, mostly women, who were looking to connect with effective activism. It was clear we had come to the right place. It felt so great to hear people pronounce the word ‘feminism’ without an apology or an explanation. One of the newly settled board took the moment to explain how Democratic Clubs work, and what we could do to make ours successful. The leadership was articulate, the people who came had wisdom and skills to offer, and the ship was ready to set sail. One woman said, as we were walking into the parking lot. “I feel like I just got answers to questions I hadn’t yet thought of asking.”

I’ve been to multiple Town Hall events over the last few months that were packed solid, people standing in the back and overflowing to the parking lot. These are the same events that, just last year, might have seen a dozen or two people – if they had some special issue to address.

At one town hall, a woman addressed the microphone and said “This isn’t me, I’ve never been to something like this before, I don’t even know what to do, I just know that I have to do something.”

The overflow crowd at the City Council meeting voting on ‘Sanctuary City’ was another example. While sometimes people do rally a handful of their friends and neighbors to come and support a particular motion, this was an outrageous success. I spoke to more than a few people, all of them politically aware and active, who said this was the first council meeting they had ever attended. I was almost incredulous, but I know how seductive that bowl of ice cream in front the television can be, especially when you know you are going to be dismissed, frustrated and overruled.

Bring ten people with you, you might be heard. Bring a hundred and you will be.

Many voices have noted that last week’s defeat of the repeal of the ACA was due to effective activism; the congressional offices where ‘the phones never stopped ringing.’

So there is nothing wrong with sitting in front of the television, eating ice cream. But it might feel even better to invite a few dozen friends, splurge on a case of Ben and Jerry’s and tune in a thought provoking program for a discussion.

It was only a few weeks ago I was walking through the streets of Washington D.C. with a million of my friends, singing “This is what democracy looks like.”

Effective activism. Movements that move.  I can see it now.