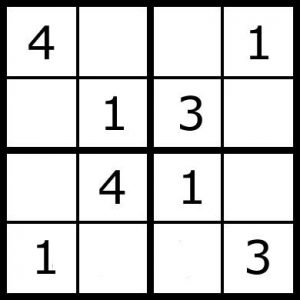 Welcome to Ruth’s Truths 2017…and beyond!

On the occasion of the Jewish new year last September, my son wanted me to come up with some profound personality transformation to work on as a resolution. All I could think of was what seemed mundane to him: getting back on the weight control wagon, and writing my column more frequently again. “That’s not what they mean,” he texted. Shut down, I made no fortune-cookie sounding resolutions, nor did I get back on my weight watcher horse, and my essays got churned out less frequently, instead of more.

Now, well past the Gregorian new year (2017), and smack in between Chinese New Year and Persian Nowruz, I joined my workplace’s “Commit 2 B Fit” initiative, and this essay shall serve to end my Ruth’s Truths hiatus. Just like the jeans that no longer zip, not writing my column belies some kind of imbalance in my life. So there you have it, fortune cookie says, “achieve more balance in your life.” And that will have been my New Year’s resolution.

Achieving balance for me, however, has to mean tempering several activities around which my focus, and passion, regularly tips the scale. Case in point follows, and I claim it not a reason, but another symptom.

Toward the end of 2016, the Los Angeles Times began delivering an ad-laden portion of their paper to my driveway for free. A dream come true; all I ever wanted was that Sunday Crossword anyway. Emboldened by the successful completion of a Sudoku I found in a local real estate ad, I attacked the one The Times puts on the same page as the crossword. They seem to always put “hard” ones there, presumably to keep the level of rigor the same as that of the crossword puzzle, but a friend and I solved it, while the crossword never got finished.

Even though I am wont to give most Japanese things a try, despite the Japanese origins of Sudoku (数独), I’d shunned the game since it first gained popularity in the United States in 2004. Usually more of a content lover (crosswords, Scrabble, Trivial Pursuit) than a logic (Sudoku, Chess, Words with Friends) lover, plus hearing my computer programming pioneer father scoff, “I can write a program that solves them all,” before his passing in 2009, I’d categorically avoided Sudoku. I finally succumbed at the fateful moment I purchased a handy little pocket book of mixed-level Sudoku at LAX, minutes prior to boarding a 15 hour flight to Israel for the holidays.

Thus, from December 15, 2016 to this day, I have been utterly consumed doing Sudoku to the point that I’m trying to moderate, if not kick, the habit. When I began to be able to nail the “light and easy” ones in a few minutes, I graduated myself to the “moderate” pages, where I currently reside. I realize, however, that it’s taking time away from my reading, my writing, my intake of media, social and otherwise. I never expected this Sudoku assault on my time. One night, I did some before going to sleep, saw numbers in front of my closed eyes, and heard “nine, eight, seven” in my mind before dozing off; no worse than counting sheep, I guess. But, it seems the same malady as when you’re advised to stay off electronic devices before sleeping. I’ve been feeling that all-too-familiar addictive rush about the thing, and I’m making efforts to replace the addiction. Is there a 12-step for Sudoku?

I grew up in a house where games, and mostly logic games, were ever-present. My parents were proud Duplicate Bridge Life Masters, my father was a Grand Master in Chess, and my dad would bring home games like MeM, Farouk, and we had a Go set in the house before I even realized it came from my beloved Japan. I found that MeM still exists online just now, with its deliciously colored stones. Hours were spent playing games in my family. I wanted to make sure I had two kids, so we, too, could play Hearts as a family (we did). Another family game, complete with its own Yiddish-inflected lingo, was Gin Rummy.

Thus, old-fashioned gaming for relaxation and/or socializing is something I can understand. In an effort to replace my single-minded love affair with my little book of Sudoku, I’ve been trying to divide my time. I’ve been forcing myself to diversify, knowing that addiction to just one thing makes for a dull individual. So, I’ve been spending my non-working, non-sleeping, non-dancing, non-eating (all of the above except sleeping also driven by my addictive nature) hours surrounded by my coloring materials, crocheting materials (inspired at present by the pussy hat), crossword puzzles, ever-present books and, yes, my iPad (for writing and media exposure).

As I feel the pull of desire to engage in these hobbies, and as I write these words, I am caught on the precipice of wonder: is what I’m doing acceptable enough to just be called living, or am I trying to avoid some feeling or responsibility staved off by these escapist activities?

Back to the beginning of this essay, I have been tardy toward my writing diet and truant from my weight vigilance, two of the most prominent auguries of an out-of-balance situation. Yet, I manage to get my job done responsibly and keep my home finances and maintenance afloat, so nothing has really gotten in the way of a normal level of productivity. I say “normal,” because, reviled though I may be for other aspects of my personality, nobody can dispute that I function at the highest end of the productivity spectrum.

So, in the final analysis, what I’ve perceived as stagnation on my part, may just be how most people get through life: trying to balance responsibilities and passions in a happy medium of health, happiness and activity.