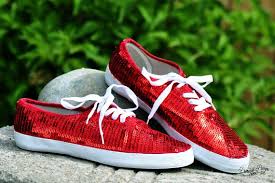 You enjoyed an extra helping of stuffing, mashed potatoes and pumpkin pie. Now, let’s work off those turkey trimmings with New York Marathon champion and four-time Olympian Rod Dixon, Sunday, 4 pm, at Culver City High School track in a complimentary hour-long training session to prepare you for the once-in-a-century Screenland 5K.
All ages and abilities are invited to the free weekly sessions that will run right up to race day, Feb. 26, 2017. Culver City resident Kirsten Bell, who ran the Senshu Marathon in Japan as a representative of the Culver City Sister City Committee, will lead the free sessions.
Culver City High School is at 4401 Elenda St, Culver City, CA 90230. Enter from rear of school at the football field and track off Harter Ave. where you will see a Screenland 5K banner. Reply to reserve your spot.
Run past storied movie and television soundstages, dash through a wizard’s rainbow, follow the yellow brick road onto the Centennial Trail, and stride like your favorite screen star down the red carpet in your once-in-a-century 5K journey on Academy Awards Sunday morning in the Heart of Screenland to celebrate Culver City’s 100th birthday.