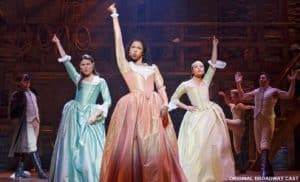 I have been, since last Tuesday night, in a great deal of pain. Like a lot of people in Culver City, the loss of the election, the complete conservative lock on every branch of government, has been heart wrenching.  But as I reminded my daughters on Wednesday morning, we live in the state of California, one of the three states in the union where women’s rights are constitutionally guaranteed, where they can’t just be taken away from us by the whims of whatever men are in power. I told them we live in a place where most people care about social justice and diversity, and we do not despise people whose religions or politics are different from our own and that life as we know it has not come to an end.

This morning, we woke up to a street crowded with police cars and paramedic vehicles. While most of my truly frail and elderly neighbors have moved or passed away in the last year, I thought someone I knew must be hurt. A short walk to the end of the driveway gave me the story.

My neighbors, on their way out of the house, opened their front door and discovered a young man, unknown to them,  on their front porch seemingly dead with a hypodermic needle next to him. The paramedics were able to revive him, and as he was being taken away in the ambulance, I saw how young he was. Maybe a Latino, dark hair, dark beard.

Why he chose this street I don’t know, but he went to the biggest house – our only two story structure – and seemingly tried to kill himself on the front porch.

Perhaps he assumed my neighbors to be Trump supporters, because of their obvious wealth; they aren’t. Maybe he wanted his death to be a statement. But then, he was saved, and didn’t die.

I din’t know who he was, but I thought I knew why he was there.

My children have, like many others, gotten pretty obsessed with “Hamilton” the hip hop musical about American history. When Hamilton offers his willingness to die to General Washington, Washington responds “Dying is easy, my friend, living is harder.”

I am in pain over the loss of the election – the loss of the chance to have a woman as president, the loss of the appointment of Supreme Court judges that would ensure the rights of women in all fifty states, the loss of any chance at lifting the corporate yolk off our necks or addressing climate change in time to save our civilization. But this boy, he was in so much pain, he thought he should just die.

As we begin  to move into the season of long, dark nights, we need to be as generous as we can be with everyone around us, with our time and our attention, with our care and concerns. There is tremendous fear and hatred and pain in our country right now, and we cannot know who is suffering most.  Our children are terrified. Some of them are scared enough to attempt suicide.

Like the revolutionaries in “Hamilton” we can’t know how or if we will succeed in creating the country we want, but we cannot stop trying. Tryants have been defeated in the past, and they will be in the future.