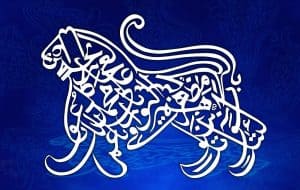 This Thursday, Oct. 27, from 6 to 8 pm Antioch University invites you to join in a continuing conversation about Islamic extremism and its impact on the American psyche. Dr. Layla Jilood and Dr. Zari Hedayat will moderate a discussion following a showing of the CNN special Why Do They Hate Us? A Mediterranean meal will be provided.

In 2014, about 30,000 people were killed in terrorist attacks worldwide. The vast majority of those perpetrating the violence were Muslim but — and this is important — so were the victims. Of the some 30,000 dead, the vast, vast majority were Muslims. That’s crucial to understand because it sheds light on the question, “Why do they hate us?” Islamic terrorists don’t just hate America or the West. They hate the modern world, and they particularly hate Muslims who are trying to live in the modern world.
Let’s be clear. While the jihadis are few, there is a larger cancer within the world of Islam — a cancer of backwardness and extremism and intolerance. Most of the countries that have laws that restrict the free exercise of religion are Muslim majority, while those that have laws against leaving the faith are Muslim majority. But are these things inherent in the religion?
When experts try to explain that in the 14th century, Islamic civilization was the world’s most advanced, or that the Quran was once read as a liberal and progressive document, they’re not trying to deny the realities of backwardness today. What they are saying is that it can change. Islam, after all, has been around for 14 centuries. There have been periods of war and of peace. Before 1900, for hundreds of years, Jews fled European pogroms and persecution to live in relative peace and security under the Ottoman Caliphate. That’s why there were a million Jews in the Muslim Middle East in 1900. Today, Jews and Christians are fleeing from Iraq and Syria and radical Islamists take control of those lands. It’s the same religion then and now. So what is different?
It’s not theology, it’s politics. Radical Islam is the product of the broken politics and stagnant economics of Muslim countries. They have found in radical religion an ideology that lets them rail against the modern world, an ideology that is now being exported to alienated young Muslims everywhere — in Europe, and even in some rare cases in the United States.
There’s really only one way: Help the majority of Muslims fight extremists, reform their faith, and modernize their societies. In doing so, we should listen to those on the front lines, many of whom are fighting and dying in the struggle against jihadis. The hundreds of Muslim reformers I’ve spoken to say their task is made much harder when Western politicians and pundits condemn Islam entirely, demean their faith, and speak of all Muslims as backward and suspect.
But here’s another way to think about this. In America, African-Americans make up about 13% of the population, yet they comprise about 50% of homicide offenders, according to a Justice Department study. Now we understand — I hope we understand — that when we see a black man on the street, we cannot and must not treat him as a likely criminal. It would be dehumanizing, unfair and racist. In America, of all places, people should be treated as individuals and not as stereotypes from a racial, ethnic or religious group. And remember, the Bangladeshi cabdriver who drives you to the airport has nothing, nothing to do with ISIS, even though he is also a Muslim.
Of course, it is hard not to make these quick associations — especially in the wake of a terror attack. But if America is about anything, it is the idea that people should be judged as individuals with individual liberties and rights. It is what they hate about us. We might as well live up to our own ideals.

At the AULA Library.