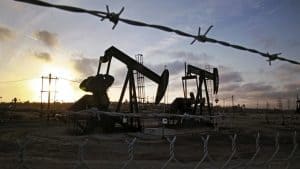 On October 14,  Freeport-McMoRan said it will sell onshore California oil and gas assets to Sentinel Peak Resources California for up to $742 million, part of a push by the world’s biggest listed copper miner to reduce its multi-billion dollar debt.

Under the transaction with private energy company Sentinel Peak, Freeport said it will receive $592 million in cash at closing and $50 million every year from 2018 to 2020 if the price per barrel of Brent crude oil averages $70 or more. Sentinel also assumes $100 million in future abandonment costs for the properties.

Several analysts said that Freeport fetched a reasonable price for the assets, which were likely challenging to sell due to a small pool of potential buyers in the high-cost, heavily-regulated California market.

Net cash from the deal with Sentinel, which is backed by private equity firm Quantum Energy Partners, will help repay debt, said Freeport.

Adding only the $592 million cash payment, the Sentinel deal lifts the value of Freeport’s 2016 asset sales to $6.62 billion, said RBC Capital Markets analyst Fraser Phillips in a note to clients. That puts Freeport on track to reach its debt reduction target of $5 billion to $10 billion, he wrote.

That followed failed attempts to sell all or part of the oil and gas business, and withdrawal of a planned initial public offering.

Freeport debt ballooned with two ill-timed acquisitions of oil and natural gas producers in 2013, as it diversified beyond copper, gold and molybdenum mining.

In May, Freeport agreed to sell its prized majority stake in the Tenke copper mine to China Molybdenum for $2.65 billion in cash.

After the Sentinel and Anadarko deals close, Freeport will still own productive onshore assets in South Louisiana and the shelf of the Gulf of Mexico, and offshore assets in California and Central Wyoming.

Last quarter, these produced an average 8.6 thousand barrels of oil and natural gas liquids and 78 million cubic feet of natural gas per day.

From Reuters, by Susan Taylor, with additional reporting by Anet Josline Pinto in Bengaluru; Editing by Frances Kerry and Andrew Hay