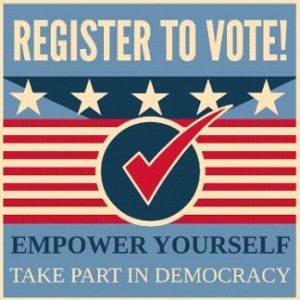 The 2016 presidential election has been weird, long and downright nasty at times. But it continues to be a boon for civic engagement. California last month hit a new record of more than 18.2 million registered voters, as state elections officials say registration continues to surge.

“This is a major milestone,” Secretary of State Alex Padilla said in a written statement.
The state saw a net gain of almost 1 million new voters since a report from the same time period in 2012. The new data show California now has more registered voters than the population of 46 states.
It’s not just the presidential contest, of course. Padilla notes that a growing population and some serious registration encouragement efforts have also pushed California over the top. He expects the numbers to keep climbing until the registration deadline on Oct. 24.

There’s also a clearer partisan divide than ever. This year, 45.2 percent of voters declared themselves Democrats, while Republicans made up 27 percent. The no-preference-party voters, which used to be the fastest growing group, are now dwindling in number.