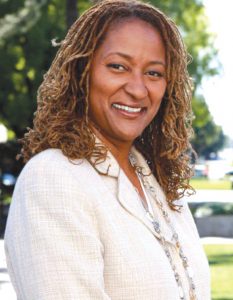 Under a new bill signed into law Friday , Sept. 30, police will no longer be able to permanently forfeit property under $40,000 without attaining a related criminal conviction. SB 443 authored by state Senator Holly J. Mitchell (D- Los Angeles) addresses a loophole in law that has allowed local state law enforcement to partner with federal forces in order to side-step protections at the state level and instead take advantage of more lax federal laws pertaining to forfeiture. Federal law allows unlimited civil asset forfeiture of property confiscated during the course of a criminal investigation without requiring conviction for an underlying crime, but SB 443 will for the first time restrict California law agencies from sharing in the proceeds after assisting in a federal case in which less than $40,000 cash is seized.

“Police shouldn’t be able to ‘sweep and keep’ your private property simply by saying they suspect a crime connection,” said Senator Holly J. Mitchell, Culver City’s State Senator. “I’m elated that Governor Brown agrees.” In California, between 2000 and 2013, $696 million dollars worth of private assets were permanently seized by law enforcement through civil asset forfeiture. “This law won’t protect the drug lords that police say they’re after but will cut down on the number of folks in poor, Black and Brown neighborhoods subject to ‘confiscation without conviction’.”

California attempted to restrict civil asset forfeiture in the 90’s, but local police agencies began partnering with federal law enforcement officials in a system called “equitable sharing,” to take advantage of lax federal laws of evidence. Federal agencies typically turn 80% of the proceeds over to a cooperating local or state police agency. This has yielded 250% more in payouts to law enforcement agencies since 2000. An ACLU study found that most seized property comes from communities of color, often those which own the least assets.

In September, law enforcement entities swarmed the State Capitol, successfully lobbying against SB 443’s passage in the Assembly after it passed the Senate with little opposition and continued to garner bipartisan support and endorsements from many of the state’s news dailies as well as Black Lives Matter, California’s Libertarian Party and Grover Norquist. Senator Mitchell met with fellow legislators over their concerns and amended the bill to set a $40,000 minimum for convictionless forfeitures, after which several major law enforcement associations withdrew their official opposition.

SB 443 is co-sponsored by the ACLU, Drug Policy Alliance, Institute for Justice, Ella Baker Center for Human Rights and the Coalition for Humane Immigrant Rights of L.A. (CHIRLA) and is the first bill of its kind in the nation which both allows federal partnerships but restricts equitable sharing without a criminal conviction.