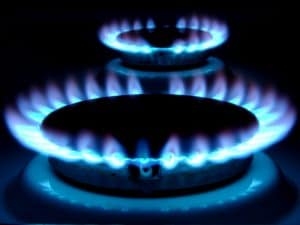 Los Angeles City Controller Ron Galperin said that Los Angeles, in negotiating a new franchise agreement with Southern California Gas Co. should insist that the utility pay additional fees for the right to sell gas and for the use of public rights of way, and ensure that residents are more fully protected in the event of safety problems like those that occurred recently in the Porter Ranch area.

“The granting by the city of a franchise is a privilege,” said Controller Galperin, whose office released an audit of the city’s current franchise agreement. “The gas company needs to pay its fair share to the city and to be subject to more local oversight. With the current franchise set to expire soon, L.A. has the opportunity both to increase revenue and protect the communities of Los Angeles,” said Controller Galperin.

SoCalGas, which is also the utility for Culver City, is under scrutiny for a number of questionable practices.

Galperin’s findings and recommendations include negotiating higher fees with SoCalGas to be in line with other California cities, requiring SoCalGas to pay street damage restoration fees when cutting into public streets and instructing the City’s of Los Angeles’ new Petroleum Administrator to develop measures and practices to allow for proper oversight and controls.

Galperin said these reforms would ensure the City is receiving all revenues to which it is entitled under a new franchise agreement and improve safety.

“It’s just plain wrong that we continue to exempt SoCalGas from paying street damage restoration fees,” said Controller Galperin. “Utilities often need to make cuts to serve their customers, but it’s only right that they compensate the City for the damage they cause so we can have more money to fix our streets.”

Auditors estimate that applying the fees to the gas company could yield up to $1.3 million–and possibly more–annually. Galperin first noted the gas company’s exemption in his 2014 audit of the Bureau of Street Services.

The City of Los Angeles’ franchise agreement with SoCalGas outlines the rules, rights, and fees associated with the utility’s use of public property to provide natural gas to the local community. SoCalGas and the City entered into the current franchise agreement in 1992. It was originally established for a total of 21 years (ending in 2013). Pending the outcome of a lawsuit related to utility fees, the agreement has been extended on a year-by-year basis and is now set to expire by June 30, 2017.