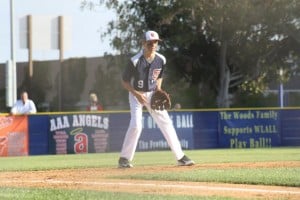 Culver City scored a solo run in the first when Jesse Tanahara singled to left, knocking in Stephan Thomas for the game’s first run. Malibu answered with two in the bottom of the first on a two-run homerun by Justin LaPinski, giving Malibu a 2-1 lead, the first time Culver City had trailed in the all star tournament.

Culver City caught fire in the top of the fifth, scoring six runs to put the game out of reach. Devin Hayden led off the inning with a double down the right field line. Pinch hitter Lucero then deposited the first pitch he saw over the center field fence. Jayden Mapile walked, followed by a Tommy Peacock single. Thomas singled to left, scoring Mapile and Peacock. Perez singled and then Tanahara singled to right scoring two, giving the visiting Culver City team an insurmountable 11-4 lead. Malibu scored a lone run in the sixth making the final score 11-5.

Frye pitched well in a starting role, and Perez came in to get the final seven outs. After the game, a gleeful Lucero explained, “The game started out a little bit rough, and we had some early game jitters. We began to put things together in the third inning and things just kept going. Oliver (Frye) threw really well, and Andy (Perez) came in and shut the door on them. Our defense was spectacular.”

Culver City advances to the District 25 winner’s bracket championship game, Friday, July 8 at Bad News Bear Field against the winner of tonight’s Ladera/West Los Angeles game. Right Fielder Jayden Mapile showed praise for Malibu, while looking a bit ahead, “Malibu was a solid team. They made some great plays. I’m happy we got by them and can’t wait to play in the Championship game.”