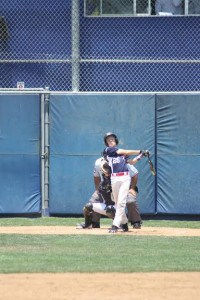 The Culver City Little League Major All Stars took their first step toward Williamsport with an 8-0 shutout victory over Santa Monica on Saturday. Culver City pitchers Andy Perez and Oliver Frye combined on a three hitter in the whitewashing. Perez started the game for Culver City and dominated as struck out he nine of the 17 batters he faced. Frye came in during the bottom of the fifth and proceeded to retire all five batters he faced, three by way of strikeout.

Culver City’s offense was led by first basemen Stephan Thomas who singled in his first three plate appearances. The game was scoreless going into the bottom of the third inning. Right fielder Jayden Mapile, who made the defensive catch of the year in the 2nd inning, opened the Culver City third inning with a six pitch walk. Mapile took second on a deep drive to left by Tommy Peacock. Thomas then singled to left, scoring Mapile with the only run Culver City would need. Culver City wasn’t done on offense though, as after Perez reached base, Frye hit a double to left-center, clearing the bases. Shortstop Jesse Tanahara singled in Frye, and after a Martin Lucero single, Jared Bojorquez singled to left scoring Tanahara, giving Culver City an insurmountable 5-0 lead. 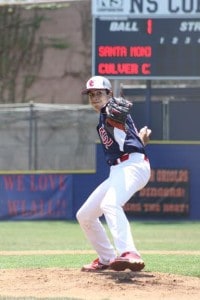 singled him to second, and then Frye hit a mammoth homerun over the right centerfield wall. Frye’s homer landed in the diamond lane of the 405 freeway, later retrieved by Frye’s daredevil father, Dr. Mark Frye.

Perez, who recently had a cast removed from his broken foot, had nothing but praise for his teammates. “My defense was extraordinary. I knew that if I threw strikes, the fielders would make the players. Jayden’s (Mapile’) play was tremendous, but I see these guys do it all the time in practice. Tommy (Catcher Tommy Peacock) called a great game and made it easy to pitch.”