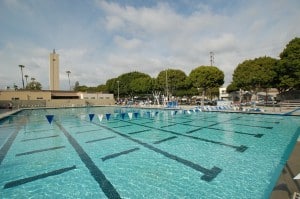 It’s the bi-weekly report from Culver City’s manager, Mr. John Nachbar. All the latest details from Parks & Recreation, the Fire Dept, Community Development and much more.

• Class Visit to City Hall – On May 6th, the Linwood E. Howe Elementary School’s 3rd grade classes visited the Mike Balkman Council Chambers. Mayor Jim B. Clarke engaged the students with questions and answers about the duties of a Mayor. Many of the students (pictured below) participated and then shared their ideas on what they would do as a Mayor of Culver City.

The Rain Barrels which were distributed through West Basin Municipal Water District and the City program have a mosquito netting at the top of the barrel. Education on how to collect and empty water was distributed at the last distribution event in a workshop-type setting for all participants. Each barrel has a 4’ tight steel mesh screen that prevents mosquitos and other bugs from accessing the water.

City Clerk’s Office
• Taste of the Nation – Taste of the Nation for No Kid Hungry is the nation’s premier culinary benefit, featuring offerings from LA County’s top chefs and mixologists—all of whom come together to donate their time, talent, and passion to help end childhood hunger in America. Sponsored by the City of Culver City, the event takes place on Sunday, June 5th in Media Park at 9070 Venice Boulevard from 1:00 pm to 4:00 pm. All proceeds from ticket purchases go toward helping fight childhood hunger in California. Beneficiaries include the Los Angeles Regional Food Bank, Westside Food Bank, California Food Policy Advocates, and No Kid Hungry Los Angeles.

To purchase a ticket to support these organizations, help fight childhood hunger, and enjoy an exciting evening with some of the region’s best chefs, please go to ce.strength.org/losangeles.
Community Development
• Access Culver City – 8770 Washington Boulevard is almost complete.
View of the 2nd floor courtyard:

The ground level corner courtyard at the intersection of Washington and National Boulevards:

The northeast corner on Washington Boulevard:

• Westfield Culver City – Building at 6150 Slauson Avenue, north existing building being remodeled for a Trader Joe’s and other commercial tenants:

The Platform project is mostly complete except for interior tenant improvements. This is the east building:

This is the middle building, a new office building:

This is the west building, the new parking structure:

• Magasin – A final building inspection was completed on May 11th for a 1,507 square foot tenant improvement for a new retail space at 8810 Washington Boulevard, #101 – The PLATFORM.

• Sweetgreen – Building plans were submitted on May 9th for a new fast-casual salad restaurant at 8840 Washington Boulevard, #101 – The PLATFORM.

• Acutonix – The Building Safety Division issued a building permit on May 2nd for a 1,265 square foot tenant improvement for an Acupuncture office at 10764 Washington Boulevard.

This project has resulted in a net increase of twenty-seven (27) additional parking spaces:

• Downtown Business Association Memorandum of Understanding for Downtown Maintenance – On May 9th the City Council approved the Third Amendment to the Memorandum of Understanding for Downtown Maintenance between the City and the Downtown Business Association. The MOU will be in effect until June 30, 2017.
• Long Range Property Management Plan – Efforts are underway to transfer all of the remaining former Redevelopment Agency properties to the City.
Fire Department
• CPR Event – Be ready to save a life! Join the Culver City Fire Department for a FREE CPR event at Starbucks Courtyard (9718 Washington Boulevard) on Thursday, June 2nd from 11:30 am – 2:30 pm.
The life you learn to save is likely to be someone you know and love. Bystander CPR (hands-only) provided immediately after sudden cardiac arrest can up to triple a victim’s chance of survival. In just 15 minutes, you can learn this life-saving skill. Recommended for ages 5 and up, classes will start every 15 minutes. The first 100 participants will be entered in a drawing to win a disaster kit for a family of four!

• Culver City Municipal Plunge Swim Meet – On Saturday, June 4th, the Culver City Municipal Plunge will be the site of a fun novice level swim meet. Youth ages 6 to 16 from Culver City, Santa Monica, Manhattan Beach and Torrance will compete. Warm-ups will start at 8:30 am and the meet will end at 12:00 pm. This is a free event open to novice swim teams. This meet will prepare swimmers to participate in the Bay Area Municipal Athletic Association (BAMAA) meet and the Southern California Municipal Athletic Foundation (SCMAF) meet, scheduled for July 30th and August 13th respectively. Swimmers will be encouraged to join recreation swimming following the swim meet from 12:30 pm – 3:00 pm.

• Haynes Building Service LLC/ Culver City Staff Coordinator – Staff mourns the loss of Jose Hernandez who was affectionately known at the City as “Charlie”. Charlie passed away tragically on Saturday night as the result of a traffic accident. Charlie was a valuable member of the Haynes team since 2005 and loved by all. Charlie’s work ethic and contributions were unmeasurable. He tirelessly served the City by providing the best presentation and customer service for the rentals, summer concerts, numerous City events and meetings, Senior Center programs and Recreation programs. Charlie will be greatly missed in the Haynes and Culver City communities as he was passionate about doing the best he could each and every day.
Police Department
• Prescription Drug Take Back at CCPD – On April 30th from 10:00 am to 2:00 pm, the Police Department hosted a drop off point for National Drug Take Back this event is held twice a year. This year the department collected 275 pounds of unwanted prescription medications from the community. Great Job!
• Fair and Impartial Policing – This week Chief Scott Bixby, Command Staff, and Lieutenants attended a two-day training course conducted by Dr. Lorie Fridell from the University of South Florida on the social science of human bias and the implication for policing. This training course is supported by the U.S. Department of Justice and in conjunction with President Obama’s 21st Century Policing Strategy.
Public Works Department
• Water Efficient Fixtures – Last week, the City’s contractor began the process of installing 40 low-flow shower heads, replacing 25 water-using urinals with waterless types, and the retrofit or replacement of over 200 toilets to minimize their water use at 24 different City facilities. These retrofits and replacements will be completed by the end of May and will reduce the City’s potable water use.
• Hazard Mitigation Plan – The public comment period for the Multi-Jurisdiction Hazard Mitigation Plan has concluded and the City’s consultant is in the process of revising the Plan to reflect the comments received. Once finalized, the Plan will be submitted to the Governor’s Office of Emergency Services and the Federal Emergency Management Agency for their review over the next few months.
Transportation Department
• Take Your Daughter to Work Day – On April 28th, Culver CityBus partnered with LA Metro to participate in the National “Take our Daughters and Sons to Work Day.” Metro hosted 60 participants, ages ranging from 8 years – 18 years old to tour their facility at the Arthur Winston Division 3205. Each recipient received information about transit careers, taking transit to get around town, and a goody bag.
• Bike to Work Day – On May 19th, Culver CityBus partnered with BikeCulverCity to participate in Bike to Work Day. Culver CityBus co-sponsored the local bike pit stops. Each pit stop offered riders refreshments, raffles, and free Culver CityBus bike bags. BikeCulverCity formerly The Culver City Bicycle Coalition was formed in 2010 to make Culver City a safer, more bike-friendly community. BikeCulverCity is an all-volunteer, member-supported organization that encourages cycling, educates cyclists and motorists for safer streets, advocates to make Culver City more bike-friendly, and supports the successful implementation of the Bicycle and Pedestrian Master Plan (unanimously approved by the City Council in November 2010). BikeCulverCity is a local chapter of the L.A. County Bicycle Coalition a 501(c) 3 non-profit organization.