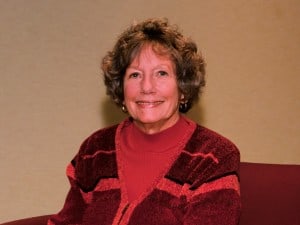 We have to admit it – Mayor Mehaul O’Leary gave one of the most lively, interesting, and informative “State of the City” addresses we’ve heard in a long, long time at last Thursday’s Chamber of Commerce luncheon, the 36th annual “Mayor’s goodbye gala,” with employees of every city department in attendance, along with members of city committees, commissions, and service clubs. At the close of O’Leary’s sometimes musical remarks, Vice Mayor Andy Weissman, who also ended eight years of service on the Council, made many, often poignant referrals to his time on the City Council – his dedication to Our Town is evident, and we appreciate both Weissman and O’Leary – thanks go out to you both for your service to Our Town.
Talk about being in the right place at the right time – the Culver City Rotary Club’s bingo fundraiser at Hamburger Mary’s in West Hollywood last week unexpectedly ended up including Kim Zolciak from “Housewives of Atlanta” and contestant on last year’s “Dancing with the Stars” on site, taping for a TV show. So not only did they have a fun and profitable bingo event but also had the fun of being part of the taping, and the excitement of “maybe we’ll be on TV!”
Speaking of the Rotary Club, member Judith Wilson invites any and all to the club’s upcoming meeting at the historic Culver Hotel this Wednesday, April 6 at 12:15 p.m. You’ll enjoy their camaraderie, hear about the humanitarian projects they’re involved in and meet the guest speaker, Manny Pacheco, noted television and radio personality, actor, broadcaster, and author. He will be speaking about his book, “Forgotten Hollywood,” and it should be an interesting and informative presentation. As you probably know, the Culver Hotel is located at 9400 Culver Blvd. Lunch is $25.00 per person, and reservations should be made in advance by emailing Judith at [email protected]

Always featuring interesting programs, the Culver City Rock & Mineral Club’s Monday, April 11 offering is no different: Louis Hernandez (“The Abalone King”) is a second-generation jeweler. Lou grew up in the San Fernando Valley and learned the jewelry and metalcraft arts in his dad’s Northridge jewelry shop. Soon, people began recognizing his work and he started winning numerous awards for his jewelry. At the age of 35 he moved to Mexico, where he began cabbing, carving and polishing abalone shells, and making jewelry. During his time in Mexico he honed his craft and developed an intimate knowledge of the art and processes. Lou then moved back up north to Joshua Tree to pursue his work with Abalone shell and creating jewelry. Currently, Lou works with Abalone shell and participates in numerous Southern California club shows. He also lectures on working with Abalone shells, including the “Dos & Don’ts” of working with the shell and its inherent dangers. Enjoy his interesting presentation on Monday, April 11 at 7:30 p.m. in the Multi-Purpose Room at the Veterans’ Memorial Building, 4117 Overland Avenue. Guests are always welcome.
Lots of fun things to do at the Culver City Senior Center, to wit: The SONY SUNDAY movie for this month will be presented on Sunday, April 3 at 1:00 p.m. The SONY movie featured will be “SPECTRE, the 24th “official” James Bond/007 movie. The big-screen adventure continues the Bond tradition of mixing fast paced action sequences with high tech gadgets, and nasty villains. There are different movies every Sunday, and on Tuesdays a mix of Opera, current films, and even a Spring Talent Show will take place on April 12. There are also dances to live music every Saturday afternoon, travel opportunities, workshops, parties, educational opportunities and more. Being a senior in Culver City doesn’t mean life is dull!

Speaking of seniors, congratulations to Annie Pazol, named the “Senior of the Month” for March 2016. Annie has accumulated nearly 7,000 volunteer hours at the Senior Center since 1990. When her husband passed away in that year, Annie retired after 20 years working as a Controller for a manufacturing company. She immediately started her volunteer activities by becoming an election poll worker. Then, as a member of the Culver City Senior Center Association, she served on the Nutrition Advisory Board and the CCSCA Board of Directors, helps serve lunches at parties, the summer Patio BBQ’s and even a few more days eachweek. Along with her sidekick, Joan Cohn, Annie has been a greeter at every single party at the new Senior Center since September of 2003. As part of the Glee Club singing group that entertains people in assisted living and nursing homes every Wednesday, Annie has enjoyed putting a smile on the faces in the audience and has a grand time as part of the chorus. At any special event, (Boutique, Talent Show, Saturday Dance, Holiday Party, Membership Registration, Flu Clinics) you will encounter Annie as she helps serve refreshments, collects fees, and assists and/or greets everyone in her friendly and cheerful manner. Congratulations to Annie Pazol, Culver City Senior Center Association “Senior of the Month,” March, 2016.
Birthday greetings go out this week to Jody Hall Esser, Doneil Weissman, Claire Skelley, Claudia Van de Ven, Carol Hoebink, Jack Skelley, Jackie E. Liu, Janice Metz, Eric Frasco, Richard Shaffer and Susan Beveridge If you’d like your (or a friend or family member’s) birthday mentioned here, just send the information to [email protected] and we’ll be happy to post it!