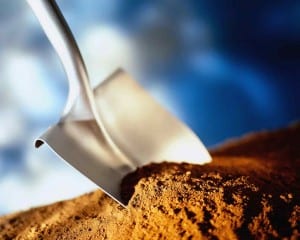 Habitat for Humanity of Greater Los Angeles (Habitat LA) and the City of Culver City will host a kickoff for ten new homes offered at affordable prices. Culver City is a partner with Habitat LA on this project and generously donated the vacant land and waived all building permit fees for these homes.
This project will be Habitat LA’s second housing development on the Westside of Los Angeles in progress in 2016 and the first affordable ownership housing project built in Culver City. Habitat LA also has three affordable homes currently under construction in nearby Inglewood. The kickoff will take place from 10am to 11am and will include participation from Habitat LA President and CEO Erin Rank, Culver City Mayor Micheál O’Leary and the City Council.
“We are excited to be working with the City of Culver City on this new development,” says Habitat LA President and CEO Erin Rank. “There are many hardworking families and individuals in this area that will benefit from our work. We also have many ways for local residents, businesses and community
organizations to support this project by donating funds, promoting homeownership opportunities, and coming out to volunteer.” Culver City Mayor Micheál O’Leary added, “I want to thank the Habitat LA team for working in partnership with Culver City to make this long-awaited kickoff a reality! In just a few short months, these lots will be transformed into homes owned by the working families who participated in their construction. Culver City looks forward to welcoming new residents and thanks them for helping the City meet its affordable housing goals.”
This project features six new detached single family homes with three bedrooms and two bathrooms and four new attached homes with three bedrooms and two and a half bathrooms. The homes will also align with Habitat LA’s commitment to sustainability and efficiency with features such as drought tolerant landscaping, energy efficient heating systems, insulation with recycled content, low-flow plumbing fixtures, and solar power.