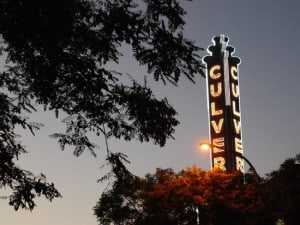 City Council candidate Göran Eriksson has released a new video that talks about the importance of updating the city’s General Plan, parts of which are decades old.
Though the mundane document is something many residents don’t even know exists, it governs such issues as density, traffic circulation, open space, noise, recreation, public safety and even protecting our natural resources. In fact, the General Plan holds the promise of solving such concerns as mansionization, density and parking throughout Culver City.
Eriksson says in the video that, “It’s time to take an in-depth look at our General Plan and make sure it addresses the issues we care about today. It is time to involve our community in a discussion about what kind of development we want and where.”
Eriksson added that he supports an extensive community effort to help shape the next version of this critical planning document.
Watch the entire video here: www.youtube.com/watch?v=aRN_3ypY_rY
Eriksson, a small business owner, was recently endorsed by the Culver City Firefighters Association – an endorsement that builds on a growing number of individuals and organizations that have thrown their support to him.
He has been endorsed by four of the five Culver City Council members: Mayor Mehaul O’Leary, Vice Mayor Andy Weissman, Councilman Jeff Cooper and Councilman Jim Clarke.