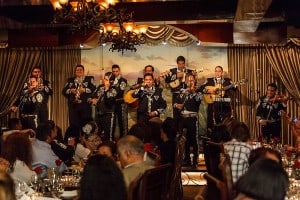 The Culver City Women’s Club is having a Spring Fiesta fundraiser at Casa Sanchez to benefit the Culver Palms YMCA Camp Scholarship fund. Why? Well,  Johnny was 6 years old before anyone called him by his given name. His mother was out of the picture and his father was in jail. His grandmother was doing the best she could, but had several other people to worry about. Not surprisingly, he didn’t trust adults and didn’t even know how to be a child. Then the Culver City Woman’s Club had a fundraiser which raised money to send him and others to the Culver Palms YMCA Summer Camp for a week. This taught him that there ARE adults he can talk to and trust. He learned how to communicate and he learned values, and now going to camp each summer is what he looks forward to more than anything!

The fundraiser is on Thursday, March 10, 2016, from 5:30PM to 8:00PM, at Casa Sanchez Mexican Restaurant, 4500 S. Centinela Avenue, Los Angeles 90066. There will be a fashion show, door prizes and a silent auction, with free hors d’oeuvres and happy hour priced cocktails. The proceeds will benefit the Culver Palms YMCA Summer Camp Program and will be funding scholarships for Culver City High School graduating seniors. Admission is $25 for advance purchase or $30 at the door. For tickets please call Carole at 310-453-2314. Space is limited, so please reserve early!