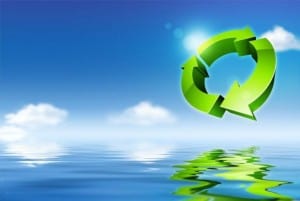 In Feb. 2016, the State Water Resources Control Board adopted an extended and revised emergency regulation to ensure that urban water conservation continues in 2016, as California faces its fifth consecutive year of severe drought. The State Water Board’s action maintains the current mandate to conserve 25 percent in urban water usage; however, now, local water agencies such as West Basin Municipal Water District  that have developed drought-resilient water supplies can apply for a supply credit of up to eight percentage points toward the state-mandated water-use targets.

West Basin, a leader in developing local, drought-proof water supplies, will work with its retailers to help lower conservation targets leveed on their customers. The state-mandated water reduction targets, which range from 12 to 36 percent in cities throughout West Basin’s service area could be adjusted by a decrease of up to eight percent due to West Basin’s recycling partnerships with the Water Replenishment District of Southern California, who manages the groundwater basin, and the Los Angeles County Flood Control District, who operates the system to put the water in the groundwater basin.

“I am so excited that our many years of investment in water recycling are being acknowledged by the State,” said West Basin Board President Carol W. Kwan. “Our residents and businesses supported our local water supply projects and now they will have water conservation goals more reflective of their investment in local supply. While we encourage continuing to conserve in this drought, it is only fair that our customers get a dividend on their investments.”

While the Statewide water use reduction mandate is 25 percent through October 2016, West Basin’s service area, as a whole, has to reduce 20 percent due to previous conservation and recycling efforts. By investing more than $600 million in water reliability projects over the past two decades, West Basin residents had already dropped their potable water use by 27 percent even before the current drought.

“The Governor’s most recent action shows that he is supportive of and encourages local water supply projects such as recycling and ocean water desalination,” Kwan continued. “In addition to water recycling and water conservation over the years, West Basin has also been researching ocean water desalination to further diversify our water portfolio to deal with future water shortages caused by population growth, climate change impacts and a forecasted drier future. Water reliability is our brand and focus.”

West Basin will work with its retail water agencies, which includes three private water companies, four cities and one county agency, to determine the amount of credit they will receive so they can inform their customers. These percentage details will be available in spring 2016.