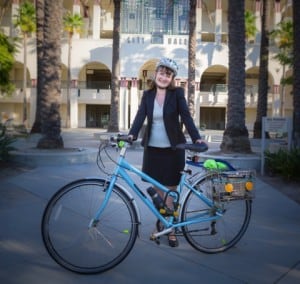 The Los Angeles League of Conservation Voters (LALCV) – which has supported pro-environment local candidates throughout Los Angeles County for more than three decades – today announced its endorsement of Councilmember Meghan Sahli-Wells for re-election to the Culver City Council in the upcoming April 12 election.

Sahli-Wells has served on the City Council for four years, and she is Culver City’s immediate past Mayor. Previously, she held multiple community leadership roles and spearheaded several important local initiatives. Notably, Sahli-Wells co-founded the Culver City Bicycle Coalition, one of the first local chapters of the Los Angeles County Bicycle Coalition, and Transition Culver City, part of the international Transition Network.

More information on her campaign is available at www.vote4meghan.com.