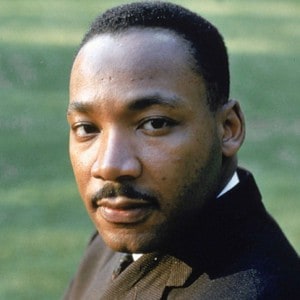 Life’s most persistent and urgent question is: what are you doing for others?
Our Lives begin to end the day we become silent about things that matter.
Returning Violence for violence multiplies violence, adding deeper darkness to a night already devoid of stars. Hate cannot drive out hate: only love can do that.
WE must accept finite disappointment but never lose infinite hope.
– Dr. Martin Luther King, Jr. –

The 2016 Celebration will start at 11:00 a.m. on Saturday, January 16, 2016 at the Culver City Senior Center, 4095 Overland Avenue in Culver City. The day-long celebration of Dr. King’s life is free and open to the public. “The City of Culver City appreciates the opportunity once again to provide a quality program in honor of Dr. Martin Luther King, Jr. I invite the entire community to come together to learn more about one of our nation’s most prolific leaders,” said Mayor Micheál O’Leary.

The event will feature a screening of the film “Dare Not Walk Alone” directed by Jeremy Dean. “Dare Not Walk Alone” is hailed as “a triumph of outrage and empathy,” and described as a “powerful slice of roiling American history” by the Los Angeles Times and tells “the greatest civil rights story never told.” Set to a soundtrack that flows from gospel to hip-hop, the film places the heroic struggle for civil rights in the context of current conditions in a place where those struggles were fought, a place that epitomizes what President Obama said in 2008, “…the gap between the promise of our ideals and the reality of their time.”

Other activities during Culver City’s Dr. King Day celebration include an intergenerational panel discussion about youth’s view of current and past social and civil rights issues, featuring Robert C. Farrell, former Los Angeles City Councilmember; a dramatic rendition of Dr. King’s “I Have a Dream Speech” by actor Gerald C. Rivers; and a special performance by 7th and 8th graders from Ocean Charter School playing authentic djembe drums from West Africa, as a tribute to Dr. King. There will be an all-day community service fair with participation from multiple organizations that provide services to our local community.