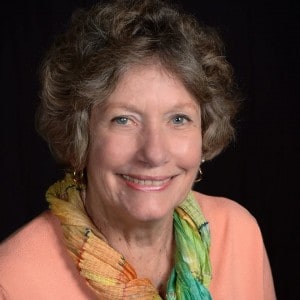 Since Culver-Palms Family members have asked in the past about opening the Y on New Year’s Day (most likely so they can get a really healthy start to the New Year) our Y will be open from 10:00 a.m. – 10:00 p.m. this Friday, January 1! The swimming pool is closed for maintenance until Monday, January 4, but the rest of facility will be open and regular Friday classes will meet at their usual times. Lamondo Greer, Director of Sports & Recreation, also invites folks to sign up for winter sessions (beginning January 4) including swim lessons, itty-bitty sports, dance, wet tots, and mommy (or daddy) and me classes. For more information, contact the Y’s Front Desk at (310)390-3604, or stop by 4500 Sepulveda Blvd.
Culver City Exchange Club members were saddened to hear of the passing of former, long-time member Bud Schwab. In addition, members are reminded that the club will not meet this Tuesday, December 29.
Westside Unity Church offers New Year’s Eve (Thursday, December 31) featuring a Burning Bowl and White Stone Service at 5:30 p.m. Westside Unity is located at 10724 Barman Avenue. For more information on any of the events please contact the church office at (310) 838-4761.
This month’s meeting of the Culver City Democratic Club featured a screening of the film, “Pay 2 Play, Democracy’s High Stakes” followed by a Q & A with the director, John Wellington Ennis. There was popcorn, frozen yogurt and lots of lively conversation. The Club meets regularly on the second Wednesday of each month at 7:00 p.m. at the Veterans’ Memorial Building. Guests are invited.
Kind of quiet around the City now that Christmas is over and Santa has toured the local streets. In the early 80’s, members of the Culver City Police Officer’s Association wanted to host an event that would create goodwill between the police department and the community. The Santa Sleigh was born out of an idea that the good will that Santa Claus builds transcends all races and religions. Since December of 1984, the C.C.P.O.A. has escorted Santa, his Sleigh, and helpers around the city streets of Culver City making the Santa Sleigh a true, unique, and multi- generational Culver City tradition. Now if the bullhorn announcing his arrival and the code-three sirens were just toned down a little, folks who hadn’t heard anything about Santa visiting their neighborhood wouldn’t panic, as noted on many facebook posts, wondering if something awful was going on in their neighborhood…

If it seems like the Culver City Friends of the Library have pretty much been on hiatus while they await completion of the library renovations you’re right, so instead of their usual installation dinner, they’ll be holding a “very brief annual membership meeting” on Wednesday, January 20 at 6:30 p.m. The only purpose of the meeting will be to elect and install officers and members of the Executive Board for the coming year, with the slate as follows: Co-Presidents, Elain Hirohama and Nancy Kuehle; Vice President, Steve Wieber; Secretary, Patty Krause; Treasurer, Wanda Anesh; Co-Membership Chairs, Michael Laase and Joanne Seltzer; Publication Chair, Lise Friedman; Co-Program Chairs, Aileen Zeidman and May Jung; and Co-Book Sale Chairs Wayne Pulliam and Steve Wieber. The FOL plans to hold a gala dinner and celebration when the Culver City Julian Dixon Library is ready to re-open. For more information, visit [email protected]
El Nino Countdown: Don’t forget, predictions are that there is greater than a 95% chance of a strong El Nino lasting though this 2015/16 winter season. Fortunately, the City of Culver City has developed a plan that guides the community on how to prepare for the potential severe rain storms, as well as outlining the City’s strategy in response to storms. To view the Plan, visit www.culvercity.org/elnino.
Both End of the Year and Beginning of the Year birthday celebrants this week include Joy Jacobs, Linda Schumitzky, Kodiak Starkey, and Marion Feingold. If you’d like your (or a friend or neighbor’s) birthday mentioned here, send the information to [email protected] and we’ll be happy to post it!
Even if you’ve grimaced through some of their cutesy remarks over the years, you should really tune in to KTLA Channel 5’s Rose Parade coverage this Friday, January 1: Bob Eubanks and Stephanie Edwards have done the commentary on this event for about thirty years, but this will be their last time – so it will probably be especially hokey (and good!).
Happy New Year to all – let the coming year be one of peace, understanding and tolerance!