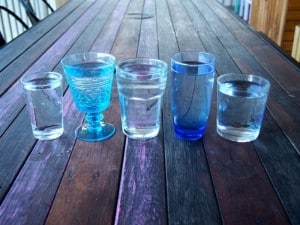 The Swedish proverb “the afternoon knows what the morning never expected” was popularized by the great American poet Robert Frost. What he was expressing is that often we find out later what really went on earlier.

In the interest of protecting your public health, the American Medical Association (AMA) is adopting a policy supporting full disclosure of the chemicals released into the environment by the drilling/ fracking industry. Believe it or not, when chemicals under immense pressure, are injected into the ground during hydraulic fracturing, no one is currently held accountable for the amount and/or type of chemicals being used. In fact, in another “believe it or not” moment, in May of 2014, the North Carolina Senate voted to make it a crime to disclose the chemicals used in hydraulic fracturing. (It is public knowledge that some of the chemicals the industry uses include hydrochloric acid; magnesium oxide; isopropanol; methanol; formic acid; petroleum; boric acid; and zirconium).

The AMA wants the opposite — for government agencies to record and monitor these chemicals with a focus on the effect of human exposure to them. That way doctors will know what they are dealing with when it comes time to treat patients that may have health problems related to the distribution of those chemicals. Let the AMA (and your representatives) know you support their initiative, and if you live near a fracking site, get a good water filter NOW.