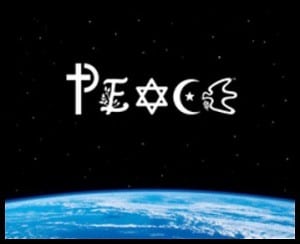 It was May – very early in the month of May – when Goran Eriksson announced he would be running for City Council in an election scheduled for next April. In recent years, the idea that one had to ‘come out early’ for local elections has gone from being an aberration to being the routine.

Sadly but not surprisingly, the local folks who are involved in our political process have taken this very extended scheduling into a contentious contest mentality. In the first few weeks or months, the exchange from one camp to another is fairly relaxed and civilized. But the longer the race goes on, the lower the standard of civility, or even good sense. The longer the calendar, the more vituperative the rhetoric. Let’s change that.

While I know that Eriksson has every intention of running a campaign that discusses issues in a way that will engage voters – as do Marcus Tiggs, Scott Wyant and Meghan Sahli-Wells – the long campaign season isn’t working in anyone’s favor. It’s just become the nasty festival, the team sports kind of template, one side just flinging mud, the other side flinging back. To no one’s profit, and quite probably to everyone’s expense.

I know of a surprisingly large handful of people who cast ‘sympathy votes’ in the school board race just because they were so uncomfortable with how the candidate was being attacked in the media. They were not even all that informed about the candidate’s policies – they just don’t want to see that kind of thing go unchallenged.

There will be differences of opinion and policy on issues as crucial to us as housing, transportation and funding for the arts. Candidates can certainly express those policy ideas in great detail a few weeks.

So, Culver City Crossroads will be covering the council race next year. While it’s hard to give up on all that easy copy – the meet and greet parties, the ‘ask the candidate’ events – I know that the 200 or so folks who are into this won’t miss a beat. It’s safe to say that more than 150 of them are already volunteering for someone’s campaign.

Since I think it’s critical to improve our voter turnout, and a major step in a good direction is to cover the campaign when election day is in sight. Let’s get people to vote by being focussed for a reasonable length of time.

We can enjoy a holiday season without turning it into another extended (divisive, point-scoring) campaign season. Enjoy your family, your neighbors, your friends. Talk about art, literature, food, fun. Take some down time. Put up some lights and take down the lawn signs. Have – y’know – a Holiday. New Year’s Day is on the schedule – have two.

The election, like Santa, won’t get here any sooner, no matter how anxious we are for it to arrive. I’m proclaiming a season of peace.