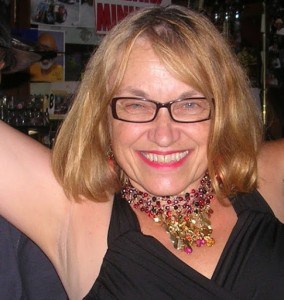 During the 2008-2009 school year, I was nominated for the Bravo Award in the Generalist Teacher category. The award would be granted based on extensive observation, interviews and work samples, as the General Ed teacher in LA county who most effectively integrated visual and performing arts education within their core curriculum area. Visual and Performing Arts domains include: Visual Art, Theatre, Dance, and Music. So they came for their observation and interview. When I proudly pointed to a student arts and crafts poster in response to a novel, one of the judges perceptively asked me if I taught color theory. I said, “No…” and I knew at that moment that the emperor had no clothes. I knew I wasn’t getting the award.

I asked our district arts consultant not to nominate me the following year. I set out to determine what it would take to realistically integrate true arts education in a core curriculum area without short changing the content. I signed up for a year-round sequence of classes in visual composition and drawing through the Otis program, which Sony underwrote for CCUSD teachers. For theatre, I brought in professional artist April Hong through two Culver City Education Foundation (CCEF) teacher development grants. I was already a recipient of The Los Angeles Music Center’s Arts Integration Program, working with Madeleine Daum on enhancing curriculum through interpretative dance. As for music, I had enough personal background to equip me to integrate musical influences and history into research report projects.

When I asked to be nominated the following school year, 2010-2011, I was ready to be evaluated. I used another CCEF grant to purchase charcoal drawing pencils and large format paper. By the second week of school, I had scheduled a lesson in blind contour and modified contour drawing. Because I needed every lesson to be efficiently implemented, so as to never detract from the regular curriculum, it was a rapid-paced sequence of teacher demonstration and student response. In blind contour drawing, they stared at their hands and drew the intricate outline of their hand on the paper without lifting the pencil, erasing or looking at the paper. The lesson built confidence as well as observational skills. Next was modified contour drawing. Since my desks were in a fan-like configuration, each student had a unique view of the flag. Some could see stripes, some could see the furl, some could see a narrow edge. No one, however, could see an iconic drawing of a flag, with straight lines and perfect stars. Since this was modified contour drawing, students were allowed to look back and forth from the flag to the paper, erase and re-draw, as necessary, to achieve the goal of the most accurate rendering they could make by the end of this 90-minute period. An additional 45 minutes was used to teach the skill of drawing light and shadow.

These lessons were prerequisite skills for students to use drawing as they delved into literature. While reading “The House On Mango Street” by Sandra Cisneros, students grappled with finding evidence in the text to support their essays on the symbolism of shoes found in the story. Since most of the students were culturally unfamiliar with at least two of the shoe types (saddle shoes and “chanclas”), they increased comprehension and developed enough intimacy with subject to write a competent 8th grade essay. The saddle shoe and high heel were drawn from photographs, but I brought in 20 pairs of chanclas I bought at the 99 cents store, so each student had one shoe to draw.

Since standards called for a formal research report in 8th grade, I chose music, a high interest topic for most 8th graders. The first body paragraph of the report gave researched information on their favorite musicians, lyrics, instruments and rhythm. The second body paragraph researched two musicians who had influenced the original subject of the report. The final paragraph delved into two genres of music from which their favorite musician had ultimately come, through his/her predecessors. Of course, everyone was writing their third paragraph on blues, jazz or classical music. They were blown away by how their favorite artist’s music had come to be, and by the deep places from which it had emanated. Ultimately, the students had written a well-researched paper about a high interest topic, and had learned about important music history while they were at it. I thought this lesson was one of the best I’d ever taught, and it was made possible by true arts integration.

As for theatre, every time students read aloud in class, they were guided by my wall poster, entitled “elements of theatre,” which included: motivation, projection and commitment. A common practice in my classroom was acting out brief scenes from novels or stories with the purpose of helping students connect with character motivation.

I never did teach color theory. However, when the next round of judges came, I was able to speak with confidence about my arts instruction within, and to enhance, the core curriculum. This time, the emperor’s clothes were real. I was selected as the Bravo Generalist Teacher Award winner for the 2010-2011 school year by The Music Center. Beyond the award, or any state standards, I would occasionally ask my students to raise their hands if they felt happy during an art lesson. A discernible coo accompanied the multitude of raised arms.

Seven years later, five days into the 2014-15 school year, the recurrence of cancer, along with the many treatments ahead, dictated that I had to retire immediately. The art lesson I was going to teach the following week was already posted on the schedule board in the front of the room. I remember thinking that the kids are probably going to miss out on that lesson that I had told them about; they would have so enjoyed it. I couldn’t bear to look at the board as I left the room.