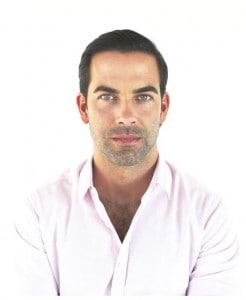 Antioch University Los Angeles (AULA) welcomes a new member, Andrew Oldershaw, MFA, MFTI, to its board of trustees. Oldershaw, who has a private clinical psychology practice in LA along with several community engagements, will serve an initial three-year term on the 16-member board.

“It is an absolute honor to serve on Antioch University Los Angeles’ Board of Trustees and help shape the future of an organization that has impacted my life in many positive ways while I pursued my Masters in Clinical Sociology,” said Oldershaw, who earned his degree from AULA in 2015. “I look forward to using my experience as a springboard to bring a new perspective to the already diverse community of leaders at the University.”

Oldershaw received his Bachelor of Arts from the University of Pennsylvania, with concentrations in Sociology and Communications. While at AULA, he participated in the LGBT Specialization in LGBT Affirmative Psychotherapy. He founded his own psychology practice, Aim Psychotherapy, as a registered marriage and family therapy intern working toward MFT licensure under the supervision of Andrew Susskind, LSCW at Andrew Susskind & Associates in Los Angeles.

“Our board is composed of exceptional individuals, leaders in business and nonprofits who share AULA’s commitment to diversity, academic excellence, and social justice. Andrew shares these core values and will be a wonderful addition to our board,” said Dr. Tex Boggs, president of AULA. “We’re extremely appreciative that he will remain an engaged member of the AULA community after earning his degree here, and know he will lend invaluable insight as our university continues to positively impact the communities we serve in alignment with our mission.”

Oldershaw trained at two leading Los Angeles community mental health facilities, the LA LGBT Center and AIDS Project Los Angeles (APLA). During his experience as a Clinical Trainee at APLA, his work in its mental health services department was recognized with two awards. He also volunteers as a men’s group facilitator in the K6G Unit of LA County’s Men’s Central Jail, which houses gay and transgender inmates. He has held civic roles in the LA community, serving most recently as a Commissioner for the City of West Hollywood on the Human Services Commission. He was also a private sector liaison to the FBI/DOJ Hate Crime Forum.

Inspired by the pro-social mission of AULA, Oldershaw co-founded the Prism Institute with fellow AULA alumnus and colleague Linda Reeves, MA, MFTI. The Prism Institute is a full service training organization that specializes in increasing awareness of LGBTQIA issues.