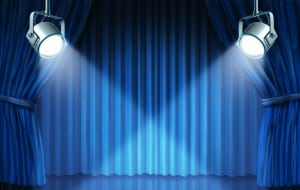 For the second time in the history of Culver City Crossroads, we have chose to un-publish something that we published. The policy for Letters to the Editor holds that only letters from real people can be published, and correspondents must sign their real names. The letter was published, and retracted, on Tuesday, Oct 20, 2015.

While the letter that was retracted seemed to be from a real person (it passed the first basic test of being from an active email address) the email response that we received admitted that this was a pseudonym, and so the letter was taken down.

Further research showed that a part of the letter was also simply untrue. It is the nature of letters to the editor that they are not written by journalists, and so they do not uphold the professional standard of fact. They are archived on the site under “Opinions.”

We also do not allow letters or comments that make threats, or use obscene language.

Culver City Crossroads maintains that honesty is the best policy, ethics matter, and if you haven’t the courage to sign your real name to your words, then those are words you should not be using. If you are not signing your real name because what you have written will not stand up to scrutiny, your efforts are better spent elsewhere.