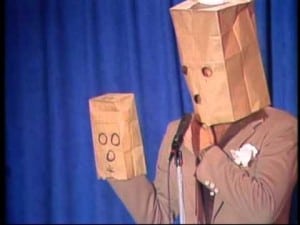 With a month still ahead of us, the school board race is getting ugly. Not the candidates, but their supporters.

Gary Walker is a long familiar local journalist whose main desk is at The Argonaut, but who has worked as a stringer for the Culver City News for many years. I worked with him when I was employed there.

How do you know, I asked, it’s not from Gary? (Although  I had my suspicions, knowing Walker to be much more comfortable on the telephone than he is online.) She said I’ll send it to you. Complete text is below.

Hi Mrs. Erlich,
It’s been a while. I hope you’re doing well.
Someone forwarded to me your response to a blog announcing an endorsement of Kelly Kent by the Culver City Coalition. Why is this organization’s any less important, than say the local chamber of commerce, the Exchange Club, the local Democratic Club or United Parents of Culver City? And would others be entitled to feel the same if Ms. Kent refused to answer the questions of an organization that her supporters deemed unworthy? And who should voters look at candidates who pick and choose which questions they want to answer and before which organizations that they choose to speak in front of?

One last thing: much has be talked about how the Democratic Club vote was “rigged” or manipulated. You reference that the Culver City Coalition “basically loaded the Demo Club” in favor of Ms. Kent. Has anyone presented you with any evidence of this?
Best regards,
Gary
Gary Walker
Culver City News

Yes, I agreed, THAT really doesn’t sound like Walker. It sounds like someone with an ax to grind in your direction who feels a need to legitimize the Culver City Coalition.

AND, said Madeline Ehrlich, I sent Gary and email at his other address and this is what I got back.

Sent: 10/1/2015 5:49:01 P.M. Pacific Daylight Time
Subj: Email
Hi Ms. Ehrlich, (notice her name is spelled correctly on this one)
I only use this email for some personal emails and when I write at sometimes for the Culver City News. I’m at a loss how this was sent to you, although I did send some from this address recently. Someone did hack my account once but I change my password. Hmmm…
How about if I call you from now on if I have a question? Then you’ll know it’s me!
Best,
Gary Walker
So the question now to be addressed; who could be so profoundly stupid as to hack a journalist’s email and try to defend the Culver City Coalition? Who would be so blindly ambitious as to poison the campaign for the Coalition-endorsed candidate? Who could think that they would be able to pull this off without getting caught in the spotlight? This is the online equivalent of putting a paper bag over your head and thinking it’s a disguise.
I don’t think Walker can have been that hard to hack, as he is a journalist who relies on 20th Century methodology.  Here’s hoping that he kills off this compromised address and gets into the art of the unbreakable password.
Dr. Kelly Kent, who has presented herself as an educated and committed candidate seems to have the kind of loose cannon on board that actually sinks ships.  With dirty tricks like these, any legitimacy that the Culver City Coalition may have begun is quite finished.
I was annoyed last week that I had to cancel my participation in a seminar on democracy because it fell on the same night at the League of Women Voters School Board Candidate Forum. Apparently someone else in the room was far more in need of being reminded of the principles of democracy.
I feel very sorry for Kelly Kent, and I hope that she can remove this rat and have them make a public apology to Walker. Hacking is bad enough, but attempting to steal someone’s profession integrity is inexcusable. With friends like these, enemies are superfluous.