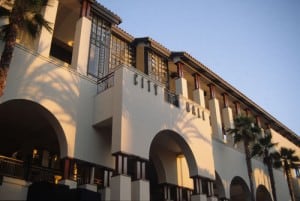 Presented a proclamation designating October as Walktober and October 7, 2015 as International Walk to School Day.

Approved an agreement with Lexisnexis for the usage of Accurint®, an investigative database, for a term ending June 30, 2020 in an amount not-to-exceed $85,500.00.

Approved a professional services agreement with Advanced Systems Group to relocate the Police Department’s existing server/network rooms to another location within the Department in an amount not-to-exceed $232,381.00.

Awarded a contract to Superior Pavement Markings as the lowest responsive and responsible bidder, in an amount not-to-exceed $341,020, for the Washington Boulevard Striping and Bike Lane Project, PZ-965.

Awarded a contract to Terra Pave, Inc. in an amount not-to-exceed $139,668 for the construction of the alley grading project, PZ-295.

Approved a professional services agreement with Ace Electric, Inc. in the not-to-exceed amount of $96,800.00 for the replacement of switchgear boxes at Syd Kronenthal and Veterans’ parks.

Authorized the release of a Request for Proposals (RFP) for the Parks, Recreation, and Community Services Department adult softball and adult basketball programs.

Adopted a motion to take jurisdiction of the processing of the Inglewood Oil Field Specific Plan Project from the Planning Commission, including required environmental review and other related actions.

Approved a request from the Culver City Unified School District to utilize the Mike Balkman Council Chambers for the Board of Education’s first Regular Meeting of each month (the second Tuesday of each month.)

Extended a Five Year Suspension of the Collection of Business Tax for Itinerant Motion
Picture/Television Producers for an additional ten (10) years.

Adopted a resolution calling a public hearing for October 26, 2015 to determine whether the public health, safety or welfare requires the formation of Underground Utility District 12 located along La Cienega Boulevard, beginning approximately 700 feet north of Kenneth Hahn Bridge and ending 650 feet south of Wrightcrest Drive.
You may view a complete webcast of the entire meeting by visiting www.culvercity.org/agenda.aspx.