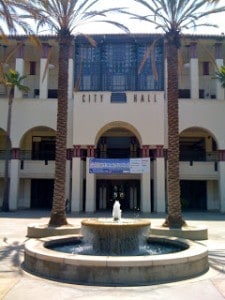 Presented a proclamation in honor of Fiesta la Ballona 2015.

Approved a Professional Services Agreement with VCA Code Group for on-call building inspection services in an amount not-to-exceed $100,000 with a term from July 1, 2015 to June 30, 2016;

Approved a five-year Professional Services Agreement with AssetWorks for hosting services for the City’s fleet management system in a not-to-exceed amount of $119,373.

Approved a Memorandum of Understanding and a five-year lease with the Culver City Historical
Society for use of the Overflow Room at the City’s Veterans Memorial Building for a term ending
December 31, 2020.

Introduced an ordinance granting a franchise to Crimson California Pipeline, L.P. (Proposed Crimson Franchise) for the operation of existing pipelines located in the public rights-of-way for the transportation of oil or products thereof pursuant to certain terms and conditions contained in the proposed ordinance.

Appointed Olga Vaysberg and Leonardo Wilborn to fill two Member-at-Large Representative positions on the Landlord-Tenant Mediation Board for terms ending June 30, 2017 and June 30, 2018, respectively, and appointed Jay Garacochea as the City’s Representative to the Board of Trustees of the Los Angeles County West Vector and Vector-Borne Disease Control District for a term ending December 31, 2016.

Introduced an ordinance amending Chapter 3.06 of Title 3 of the Culver City Municipal Code pertaining to campaign finance and other political activities.