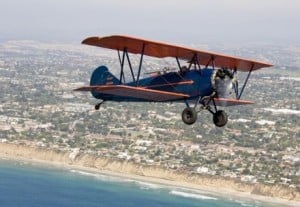 While it’s traditional at Fiesta La Ballona to complain about the heat, this year there was a situation that garnered even more comments; the plane flying the Geico banner. It seemed to be constant, it seemed to be flying much lower than the legal limit of 500 feet, and it seemed to annoy the living daylights out of everyone. The plane over the park got everyone’s immediate attention, but there is a shift in policy from The Federal Aviation Administration concerning the flight path to Los Angeles International Airport that you might need to focus on a bit more closely.

There is a petition being circulated on Change.org ( www.change.org/p/federal-aviation-administration-michael-huerta-socal-metroplex-ea-federal-aviation-administration-lax-airport-environmental-manager-scott-tatro-us-senator-dianne-feinstein-us-senator-barbara-b-stop-the-proposed-faa-nextgen-flights-over-culver-city tk=40BK3kre2P1iFftxmHHaW4qA2flPgsAccAv2sNwS9eA&utm_medium=email&utm_source=signature_receipt&utm_campaign=new_signature ) that feels like a reaction to a headline, and not a response to information. I love it when people get passionate about policy; that’s how policy is created, and why policy changes. But it’s essential to react to the whole report, and not just the title.

Yes, the FAA is proposing changes to the flight path to take effect in 2016. The night path – an estimated five percent of the flights, will shift a few blocks and drop from 8000 feet to 7000 feet. The Geico guy was probably flying lower than the legal limit of 500 feet. Some folks have estimated the plane that buzzed the Fiesta was about 250 feet. That is close enough to be dangerous and loud enough to be annoying. But 7000 feet? Those are planes you have to look for to see, and most likely won’t be able to hear at all. (C’mon, the traffic from the 405 is louder than that. ) The daytime flight path would shift a few blocks and remain at the same altitude. Still more than a mile up. So why the furor?

Concerns about air pollution also don’t make much sense. You are surrounded on four sides by Los Angeles, and their air is our air too.  Changing the path of a jet by a few blocks isn’t going to increase or decrease the level of pollution they discharge by any significant level.

There has been a call for comments in regard to jet noise from the City of Culver City since September of 2014. Going to the City and making your objections part of the organized effort supporting mitigation of the ‘Next Gen’ flight changes would look to the FAA like the City of Culver City has the support of the citizens of Culver City. Putting up a Change.org petition ( and no, I’ve got nothing against Change .org – I think they serve a great purpose)  is not even a fraction as effective a partnering with your city to negotiate with the feds.  Why charge out alone when you have a a trained, skilled battalion to join with?

So, while I don’t think the proposed changes in the flight path are worth getting on the war path, if you want a fight, have an effective one.  You can access Stephen Murray’s research ( Murray is one of the people working with the city on a committee on this subject) here at doorstoarrival.com/proposed-flight-path-undermines-lax-noise-abatement-efforts/ and of course you can contact the city council members – Jeff Cooper has been a leader on this throughout the discussion – at CulverCity.org.

I’m not against petitions, and I’m ALL for people getting involved. If this issue is something that connects for you, get involved in a way that will produce meaningful change.