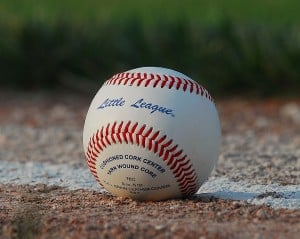 Showing intestinal fortitude not often seen among ten and eleven year-olds, the Culver City Little League 10/11 All Stars battled back from a 13-8 last inning deficit to beat North Venice 18-15 in one of the wildest Little League baseball games in recent memory.

Behind a raucous crowd of family members and friends, Culver City took an early 1-0 lead on an Andy Perez home run to centerfield. Home team, North Venice scored three in the bottom of the first to erase the Culver City lead. With one out in the top of the second of the six inning game, Travers Tobis singled to center. Right fielder Jared Bojorquez followed with a single to left, and Tommy Peacock singled to center plating Tobis. Perez followed with a mammoth home run to right center, giving Culver City a 5-3 lead. Culver City wasn’t done yet, as Stephen Thomas singled to left, took second on a wild pitch, and scored on a Jesse Tanahara single, giving Culver City a 6-3 lead going into the bottom of the second inning.

Culver City had been winning in the tournament behind stellar pitching and defense, giving up a total of two runs in its past two games. That pitching was missing on Wednesday. North Venice battled back for six runs in the bottom of the second, taking a 9-6 lead. Culver City scored two more in the top of the fourth on a Peacock single, a Perez double and a Tanahara single, but North Venice scored four, giving North Venice a 13-8 lead heading into the sixth and final inning.

Leadoff hitter Peacock led off the sixth by walking. Perez followed with a walk of his own. Thomas promptly took an 0-2 pitch to the left center field fence for a double, scoring Perez. Tanahara doubled almost to the same spot as Thomas, scoring Perez and Thomas, narrowing the gap to 13-11. Second baseman Brandon Zeidman then walked, as did third baseman Elijah Adams, loading the bases again. Thomas Chee took a pitch off his foot, scoring Zeidman and keeping the bases full. Bojorquez then singled to left center, knocking in Zeidman with the tying run, and Adams with the go-ahead run, giving Culver City a 14-13 lead. Culver City wasn’t done yet, as Peacock singled to left center, scoring Devin Hayden, who was running for Chee. After an intentional walk of Perez, Thomas doubled to left, scoring Peacock and Perez, giving Culver City an 18-13 lead.

Peacock, who had effectively shut out North Venice in the fifth inning, took the mound in the 6th with a five run lead. After getting North Venice’s lead off hitter to ground to short, Peacock briefly lost control, walking the bases loaded. However, flashing his tremendous fastball, and showing confidence and poise not often seen in young players, especially a ten-year old, Peacock got North Venice’s cleanup hitter to ground to second basemen Zeidman for an out, and after a weak single, Peacock induced the North Venice hitter to hit a weak ground ball to Zeidman, ending the game.

Culver City’s first four hitters (Peacock 3-4, Perez 3-3, Thomas 3-5 and Tanahara 3-3) went a combined 12-15 on the night, knocking in 13 runs and scoring 12 times. Defensively, Adams shone, making play after play and keeping Culver City in the game. On the mound, Peacock excelled in shutting down the powerful North Venice team.

Thomas, after the game, was full of praise for head coach Chip Netzel, “Coach Chip is like a genius. We had been struggling to score runs and he mixed up the lineup and it worked tremendously. I felt so comfortable hitting third, and Tommy, Andy and Jesse were so great in the one, two and four spots. It seems like every decision Coach Chip made was the right one.”

Zeidman, who fielded the last two outs, explained how important the crowd was, “We were playing on the road, and yet it felt like we were at home. Our crowd was so loud and excited that it pumped us up. They were like our tenth man. Michael (Netzel) and Jason (Zeidman) were going crazy. The crowd really helped our comeback!”

Culver City plays undefeated West Los Angeles on Friday at 5:00 pm in the championship round. If Culver City defeats West LA on Friday, the teams will play again on Saturday at noon.