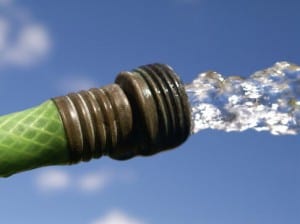 Californians see water and drought as the most important issue facing the state, and most residents say people in their region are not doing enough to respond. These are among the key findings of a statewide survey released today by the Public Policy Institute of California (PPIC), with funding from The James Irvine Foundation.

For the first time in a PPIC survey, Californians are most likely to name water and drought (39%) as the most important state issue, followed by jobs and the economy (20%). Water and drought is the most frequently named issue in all regions, but Central Valley residents are the most likely to mention it (53%) (42% San Francisco Bay Area, 37% Orange/San Diego, 36% Inland Empire, 31% Los Angeles). In addition, 69 percent of Californians say the supply of water in their part of the state is a big
problem—a record high since the survey began asking this question in 2009.

Just 28 percent of Californians say that people in their part of the state are doing the right amount to respond to the drought, while 60 percent say that their neighbors are not doing enough (7% too much).

“Public concern about the drought is at a record-high level today,” said Mark Baldassare, PPIC president and CEO. “Most Californians are satisfied with the governor’s actions, but a sizable number say the mandatory water reductions have not gone far enough.”